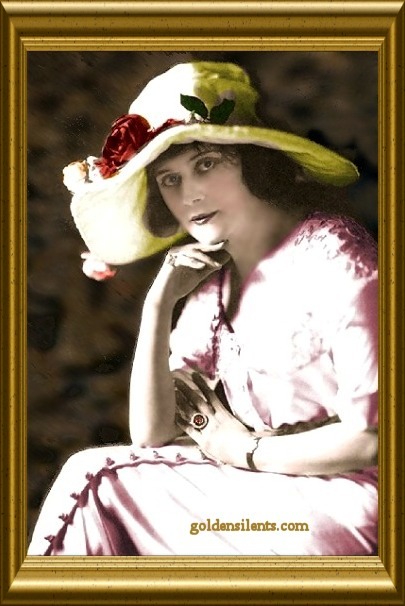 The woman who was the epitomé of the “vamp” persona in cinema history, Theda Bara, was born Theodosia Goodman in Cincinnati, Ohio on July 29th, 1890. She was given her new name by Hollywood, and billed as the daughter of an Eastern potentate (though her father was actually a simple tailor). Theda had a conventional upbringing and schooling. She went to New York to do a play after graduating from high school, and then she traveled to Hollywood to pursue a screen career.

Theda Bara’s fabricated screen name was an anagram for “Arab death.” She was called a “vamp” because of her absurd, vampirish personality, on and off screen. In her famous film “A Fool There Was” (1916), Theda supposedly hissed to the character who played her sweetheart: “Kiss me, you fool!” (the line actually was “Kiss me, my fool!” – which somehow is funnier). For publicity purposes Theda was often photographed with skulls and snakes, wearing beaded, fringed clothing which looks ridiculous today, but which obviously served as titillating shock value back in the 1910’s.

Most of Theda’s vamp films were made during a mere four year period. When her contract was dropped by Fox, and her film career was essentially over, Theda tried to make it on Broadway for several years, but was not successful. The public’s tastes had changed. Vamps were out, and the innocent virgin heroines played by Mary Pickford and Marguerite Clark were in. In 1925 Theda returned to Hollywood to try and resurrect her career, but ended up playing caricatures of her former screen personality. She retired completely from films in 1927. Theda was married once, to director-writer Charles Brabin, from 1921 until her death from abdominal cancer on April 7th, 1955, in Los Angeles, California. Although her most popular films were made over 80 years ago, Theda Bara has not been forgotten by fans of silent film history, even though few of her movies have survived. ~ Copyright © 2004 www.goldensilents.com 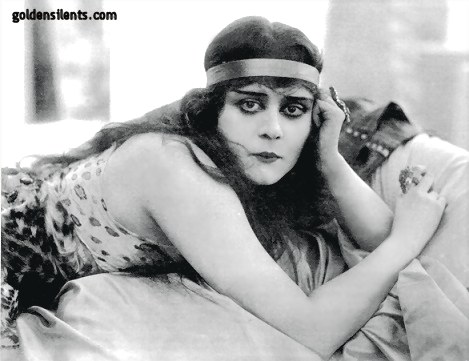 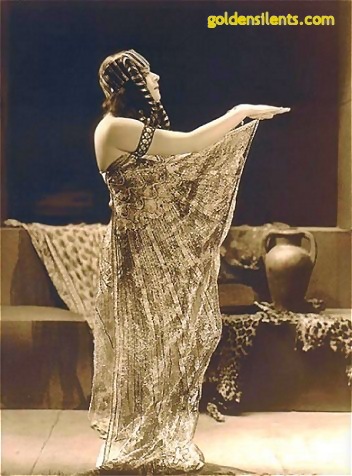 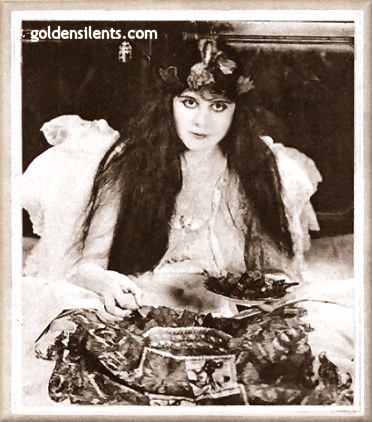 Theda Bara chows down…meatballs?
Hey, even an actress needs to eat something sometime.