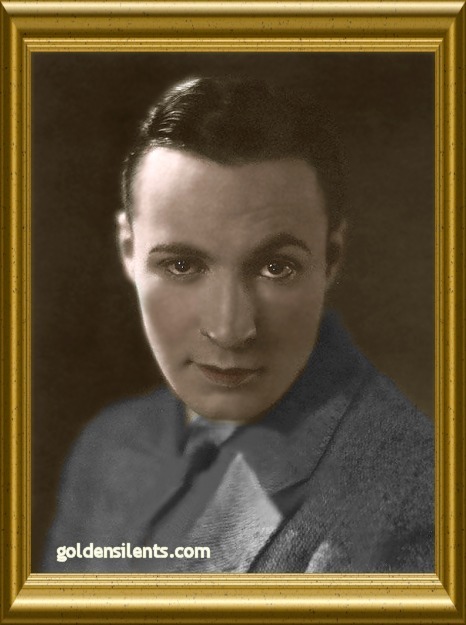 One of my favorite silent movie stars, Rod La Rocque (christened Roderick La Rocque de la Rour – whew!) was born on November 20th, 1898 in Chicago, Illinois, and he caught the acting bug early. He started performing in vaudeville while still a teen, and by his twenties was signed up with Triangle and Essanay Studios, doing bit parts. His good looks, height (he was 6 ft. 3 inches tall), and vitality all served him well, and helped him get noticed. Rod got his big break when he was hired by Cecil B. DeMille to star in his epic “The Ten Commandments” (1923). He contracted with Famous Players-Lasky for several years, and then free-lanced. He was adept at different roles, including dramas and comedies and swashbucklers. (Don’t miss the 1926 film “The Cruise of the Jasper B” for some hysterical examples of his comedic talents; it will have you gasping with laughter). In 1925 Rod met, and in 1927 married, silent screen star and actress Vilma Banky, in a huge, publicity-filled wedding, planned by Sam Goldwyn. It was a successful marriage that lasted till Rod’s death. Rod had made the transition to sound smoothly. By 1941 he made his last picture, the classic “Meet John Doe”, with Gary Cooper and Barbara Stanwyck. Rod La Rocque died October 15th, 1969. Rod was a formidable talent, and should be better remembered than he is today. Thankfully enough of his films survive to help us get a good look at that talent. ~ Copyright © 2004 www.goldensilents.com

Vintage Bio from “Stars Of The Photoplay” (1930): “Satisfied that he wished to be an actor long before he was out of school, Rod La Rocque alternated between the stage and the classroom. Later he divided his time between the stage and the motion picture studios, creating many roles that will long be remembered. His first starring vehicle was “The Coming Of Amos,” a Cecil B. DeMille picture. Rod La Rocque was born in Chicago, November 29, 1898, is 6 feet 3 inches tall, weighs 181, has brown hair and black eyes. He was married to Vilma Banky in 1927.”

Vintage Bio from “Who’s Who On The Screen” (1920): “Rod La Rocque comes quite close to being one of the most popular screen players. Since his early screen work with Essanay, which was preceded by several years experience on the stage, he has come rapidly to the front as one of the few players who has been able to overcome the all too frequent handicap of type and adapt himself to any kind of part he may choose to play. During the past year, Mr. La Rocque has appeared in several pictures, which have been distinct personal successes for him. Among these may be included Marguerite Clarks Easy To Get, Constance Binneys The Stolen Kiss, and Vitagraphs The Garter Girl. Burton King has recently completed two productions, The Common Sin, and The Discarded Woman, in both of which Mr. La Rocque was featured.” 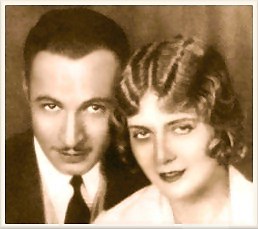 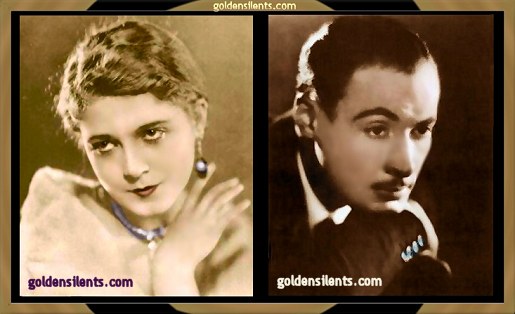 Married Lovebirds for Forty-Two Years: Rod La Rocque and Vilma Banky.
Proof positive that Hollywood can once in a blue moon produce a marriage that lasts.