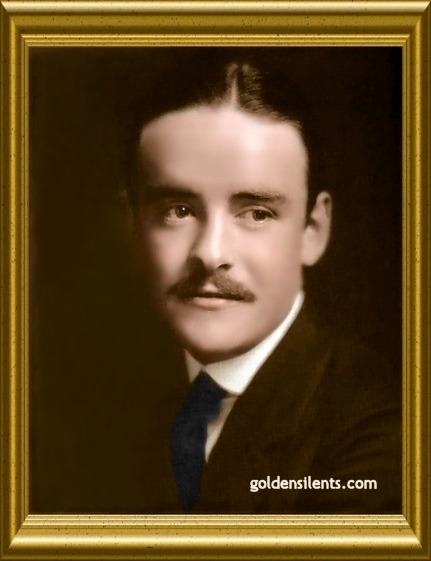 Popular silent film actor Robert Harron was born Robert Emmett Harron on April 12th, 1893, in New York City, to a poor Irish Catholic family; the second oldest of nine children. At age fourteen he had to leave school to find work, to help support his struggling family. He became a messenger boy and then cutting room film editor for Biograph Studios, and then began to play bit parts in films to supplement his income. His good looks and quiet sensitivity were soon noticed by director D.W. Griffith and Bobby was given choice roles in some of his early features, including “Judith of Bethulia” (1914) with Blanche Sweet, “The Birth of a Nation” (1915), “Intolerance” (1916), “Hearts of the World” (1918), and “True Heart Susie” (1919) with frequent co-star Lillian Gish. He also worked briefly for other studios, including First National and Metro. He was not married, but dated Dorothy Gish, Lillian’s sister, for a time.

At the height of his popularity, Bobby broke with Griffith and began forming his own production company. However, tragedy was to meet Mr. Harron before his first production, entitled “Coincidence”, was released. On September 1st, 1920, Bobby was in New York City for the premiere of D.W. Griffith’s epic “Way Down East” (1920). Stories vary, but he either purchased a gun from a man who needed money, or took one away from his younger brother before he left California. He put it in some trousers in his suitcase, and supposedly forgot all about it. Later in his hotel room in New York, he took the pants from a suitcase, the gun fell to the floor and discharged, the bullet striking him in the left lung. He died several hours later at the hospital, after telling police and doctors that it was a freak accident. Some people claimed that his death was suicide, that he might have been upset at being overlooked for the lead in “Way Down East” over actor Richard Barthelmess, but his friends and family did not believe he was capable of suicide since he was the major breadwinner for his family, and officially Bobby’s death was listed as an accident. He was 27 years old when he died, and a wonderful, talented actor was lost to the world. ~ Copyright © 2004 www.goldensilents.com 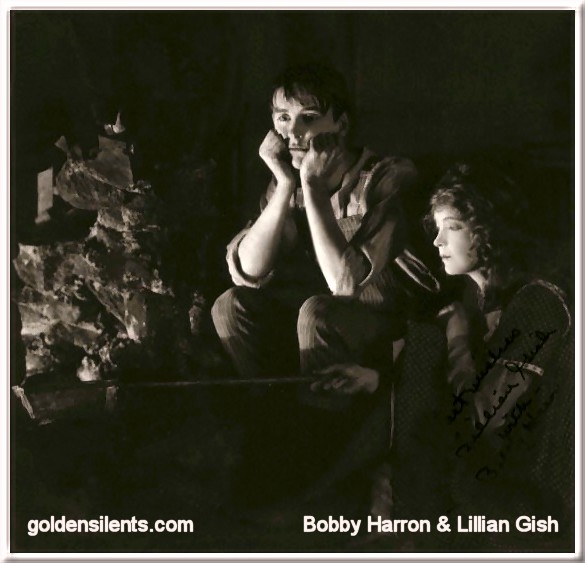 Vintage Bio from “Who’s Who On The Screen” (1920): “‘Bobby’ Harron was born in New York City. Leaving school when but fourteen years of age, he went to work as an errand boy in the old Biograph studios, earning just five dollars a week. D.W. Griffith, just then starting his career, found Bobby exceptionally bright and gave him a tryout before the cameras. Mr. Harron’s screen instinct was quickly recognized and Mr. Griffith, after putting him through a course of intensive training, gave him his start with small parts. The first role that brought him into national prominence was that of the young Southern boy in ‘The Birth Of A Nation.’ His success established him firmly in public favor which grew with every production in which he has since appeared. Mr. Harron is now starred by Metro and is at the head of his own producing unit.” 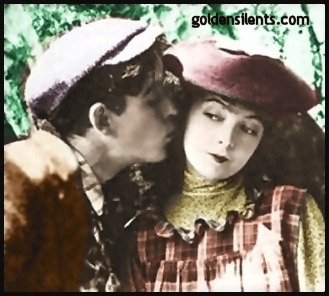 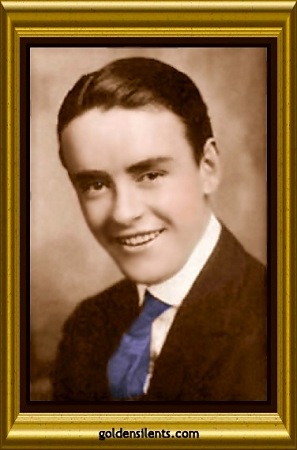 Robert Harron in his early days as a feature player for D.W. Griffith 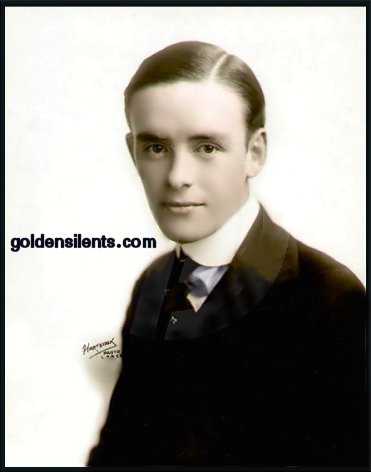