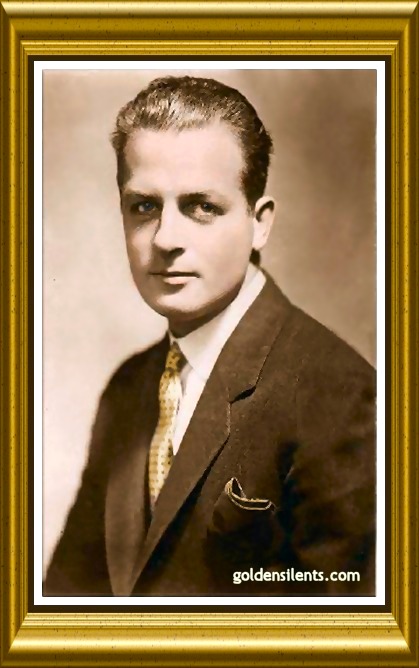 Born Leigh Dugmore Denny in Richmond, Surrey, England, on November 20th, 1891, Reginald Denny started acting as a child, and made his British film debut in 1912. He moved to and settled in Hollywood by 1919, and played leading roles in many light comedies and adventure films. Silent films of note for Reginald Denny were “Sherlock Holmes” (1922), “Skinner’s Dress Suit” (1926), and “On Your Toes” (1927). When the sound era arrived, Reginald switched to playing affable Englishmen. He was handsome, tall, musical, and athletic. Married twice, both to actresses, he had four children. Reginald was the founder of Radioplane, a maker of military target drones. For years he had a popular hobby shop on Hollywood Boulevard, specializing in unique model planes. He died of cancer on June 16th, 1967 in Hollywood, California. ~ Copyright © 2004 www.goldensilents.com

Vintage Bio from “Stars of the Photoplay” (1925): “Denny was born into the theatrical fold November 20, 1891, in Richmond, Surrey, England. At the age of 6 he made his stage debut and at age 17 was brought to America to play in “The Quaker Girl.” After that he toured Europe and India with the Bandmann Opera Company, returning to the American stage and later making his debut in pictures. He is 6 feet, weighs 176, and has light brown hair, blue eyes. Married to Irene Haisman, in 1913, and divorced in 1927. They have one daughter. Bubbles Steiffel is the second Mrs. Denny.” 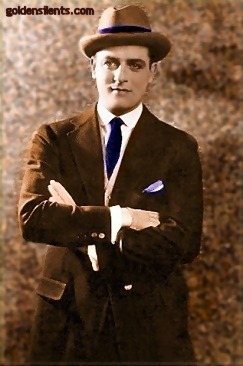 Reginald Denny making a fashion statement with his dress suit (1926)