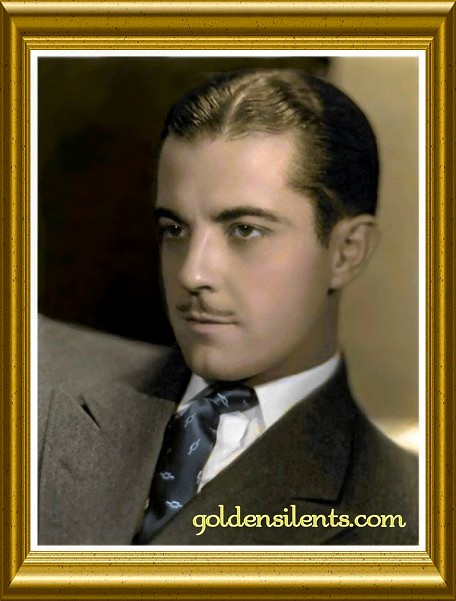 Destined to be one of the top silent film stars of the 1920’s, Ramon Novarro was born Ramon Samaniegos in Durango, Mexico to a prosperous, devout Roman Catholic family, on February 6th, 1899. He sang in the church choir, received classical training playing the piano, and loved to perform for his family. As a young man Ramon traveled to Los Angeles, taught music and singing while waiting for his big break, and finally broke into silents as an extra in 1917. After several years playing bit parts, Novarro was chosen to star as Rupert of Hentzau in “The Prisoner of Zenda” (1922). In that film, and in “Scaramouche” (1923), Ramon finally hit his stride, and became wildly popular, though never quite eclipsing his main rival, Valentino (though many believe Ramon to be the far better actor, including yours truly). Ramon’s cousin Dolores del Rio also became a famous movie actress.

Ramon was on his way once he started working for M-G-M as an actor. He appeared in some interesting silent films, continuing to learn his craft, like 1924’s “The Red Lily”, opposite Enid Bennett (aired on TCM) and The Arab, which unfortunately is locked away in a European archive unseen, though he later reprised the role with Myrna Loy in the talkie remake, the pre-code “The Barbarian” (1933).

Ramon finally became a full-fledged silent star playing the lead Judah in 1925’s “Ben-Hur: A Tale Of The Christ”, the most expensive silent film ever made, which also showcased Ramon in early two-strip Technicolor sequences. Another noteworthy film was his role playing Prince Karl in “The Student Prince In Old Heidelberg” (1927), opposite Norma Shearer.

Ramon Novarro made the transition to sound favorably, playing romantic roles opposite the likes of Greta Garbo in “Mata Hari” (1932), Jeanette MacDonald in “The Cat And The Fiddle” (1934) and UK’s Evelyn Lane in “The Night is Young” (1935); in some of these films he was able to sing and showcase his fine voice.

By the mid-1930’s, however, the public’s taste in leading men was changing. The Latin Lover types were out, and the full-bodied American heroes were in. M-G-M dropped him. Film roles for Ramon began to dry up except for a few independent studio films which didn’t make much splash. He tried his hand at Broadway too, but his play did not succeed. Ramon left acting, except for occasional cameo roles in later films like “The Big Steal” with Robert Mitchum and Jane Greer, and he turned to other business ventures, including real estate investments. His last film was made in 1960 and he did some television work up through 1968. Ramon never married, though years later actress Anita Page claimed that Ramon proposed to her while they filmed the silent movie “The Flying Fleet” (1929) together, but that she turned him down. It would have been a marriage in name only, if it had occurred, since Ramon was homosexual, though unlike fellow film actor William Haines he sought to keep that fact as quiet and private as possible. However, tragically, on the evening of October 30th, 1968, Ramon Novarro was savagely tortured and beaten in his North Hollywood home by two young drifters with previous criminal records. They had heard – in error – that he had thousands of dollars locked away somewhere in his home. They never found any money, and Ramon was discovered dead the next day (Halloween) by his servant. His loving brother had him buried in the Roman Catholic Calvary Cemetery in Los Angeles, California. ~ Copyright © 2004 www.goldensilents.com

Vintage Bio from “Stars Of The Photoplay” (1930): “Ramon Novarro was born in Durango, Mexico, February 6, 1899, and christened Ramon Samaniegos. At an early age he left Mexico and came to the United States, intent upon a dramatic career. He became a dancer with the Marion Morgan troupe. Rex Ingram saw him and gave him the leading role in the picture “The Prisoner of Zenda.” He is 5 feet 10, weighs 160 and has dark brown hair and eyes. After studying voice culture in preparation for the concert stage, the talkies came along and gave the screen his fine voice.” 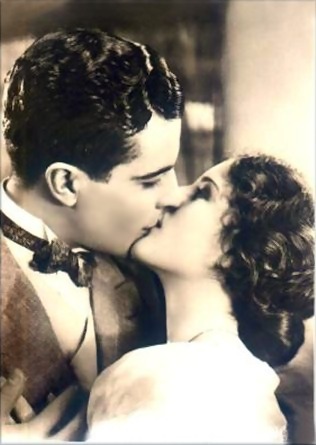 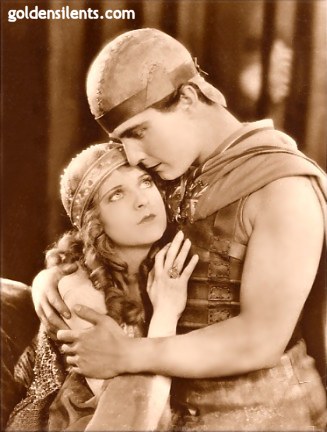 Ramon Novarro (Judah Ben-Hur) and May McAvoy (Esther) in 1925’s stunning “Ben-Hur”
(parts filmed in glorious early Technicolor, including the birth of Christ) 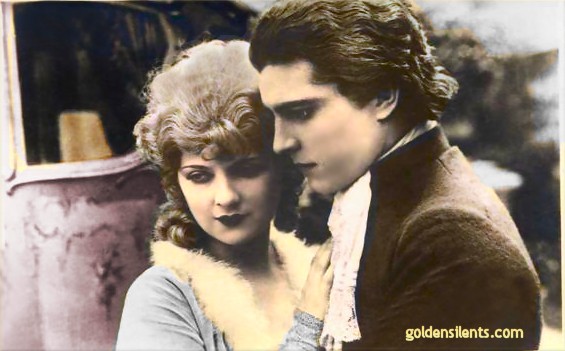