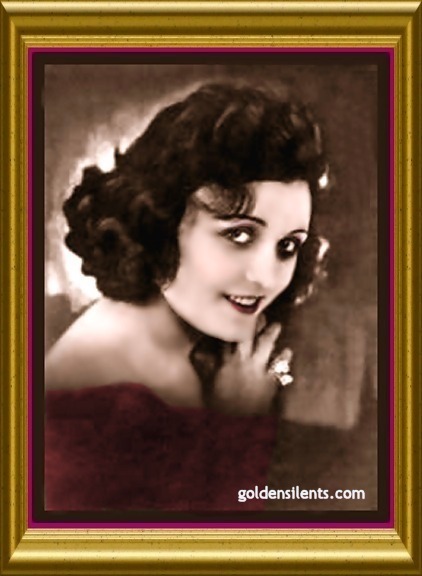 Pola Negri was born Barbara Appolonia Chalupek in Janowa, Poland on December 31st, 1894. She was born into the middle class, but her father, a furrier, was arrested by the Russians and sent to a Siberian prison camp, where he died. She and her mother became penniless. Pola initially wanted to become a ballerina, but her poverty and a bout with ill health changed her focus from dancing to acting. She attended the Warsaw Imperial Academy of Dramatic Arts on money her mother had saved, and soon she made a favorable impression among her fellow thespians. She began her professional career as a stage actress playing an important role in “Sodom’s End”, written by Herman Sudermann. Her next engagement was at the former Imperial Theater in Warsaw. Max Reinhardt, one of the greatest European stage technicians, engaged her to play the leading role in “Sumurun”, a pantomime play. In this show she discovered her talent for depicting emotion without the need for spoken dialogue. It was later made into a film with Pola in the lead role. She continued playing in theater, until shortly before the German occupation in 1916, when the industry was essentially shut down.

Pola then migrated to Germany to do films, completing her best work with fellow actor-turned-director Ernst Lubitsch. Hollywood beckoned and she left for America in 1922, where she became an exotic attraction to Americans on the movie screen in various flamboyant roles for Paramount, and off screen as well via the fan magazines of the day, which played up her free spirit, publicizing her personal romantic relationships with stars such as Charles Chaplin and Rudolph Valentino.

Films of note for Pola during these years were “Madame DuBarry” (1919), “The Spanish Dancer” (1923), “Forbidden Paradise” (1924), “A Woman of the World” (1925), and “Hotel Imperial” (1927). Due to her heavy accent, which did not lend itself well to the microphone, and the advent of the Hays Code, which would limit the kinds of roles she could play, plus the public spectacle she made over the death of Valentino, which soured the public to her personality, Pola’s American film career ended rather abruptly. She returned to Europe to make films, including the compelling “The Woman He Scorned” (1929), which featured Pola singing in one scene with the synchronized musical soundtrack. After the Nazis began to occupy Europe and severely control the film industry in Germany, Pola returned to America, penniless once more. She appeared in two more American films, 1943’s “Hi Diddle Diddle” with Adolphe Menjou, and Disney’s 1964’s “The Moonspinners”, with Hayley Mills. Pola was married and divorced twice, once to a Count and the second time to a Prince. She lived a colorful life, loved poetry and horses, traveled the world in her later years, and always enjoying speaking about her work in the silent era to interviewers. Pola Negri died from pneumonia, secondary to a brain tumor for which she refused treatment, on August 1st, 1987 in San Antonio, Texas. ~ Copyright © 2004 www.goldensilents.com 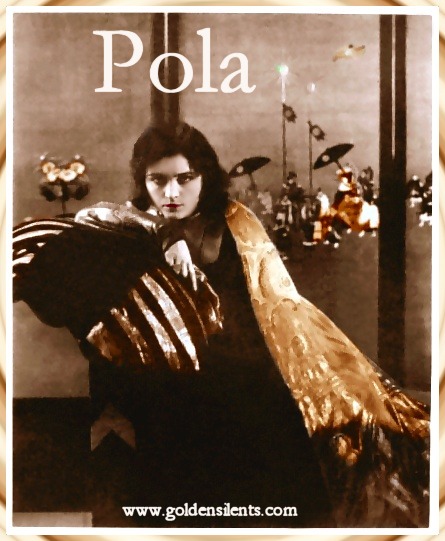 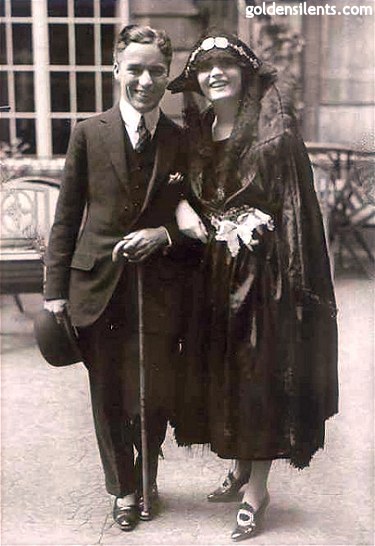 Pola Negri, with two men she loved during her lifetime: Valentino and Chaplin