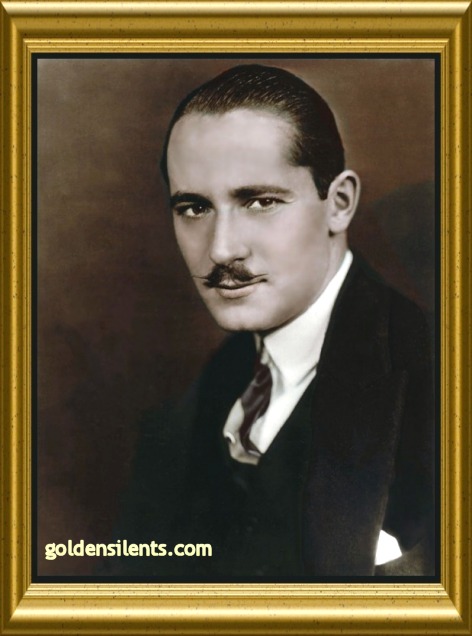 Born Arnold Kaiser in Rochester, New York, of German lineage, on June 16, 1894, Arnold later changed his name to Norman Kerry, as Kaiser was hardly an endearing term to audiences of the teens! He seemed one of those actors for which the term “tall, dark, and handsome” was meant! Often cast as a villain or romantic lead, Kerry seemed bent on keeping that flamboyant persona alive off screen as well, as an adventurer, prankster, drinker, and philanderer. He was tall, broad shouldered and muscular, and the perfect fit for a matinee idol of the teens and twenties. His trademark was his fancy waxed mustache.

Kerry began work as a salesman in the family leather goods business in New York, but found that he didn’t have an affinity for the business, and soon became a theatrical agent. Sometime around 1916, he met Rudolph Valentino, and the two became fast friends. Kerry is said to have introduced Valentino to his dance partner Bonnie Glass, and Valentino returned the favor by encouraging Kerry to try acting. Later the two boon companions supported one another through the early stages of their careers. Kerry even helped Valentino financially at this time. They even appeared in the same film together, “Passion’s Playground” (1920).

Kerry’s first movie was “Manhattan Madness” (1916), directed by Allan Dwan, and starring Douglas Fairbanks. This led him to being cast as Mary Pickford’s father in “The Little Princess” (1917), directed by Marshall Neilan. This film established him as a leading man, and the scenes of little Sara parting with her father are quite touching. He and Mary followed this up with “Amarilly of Clothes-line Alley” (1918), in which he played a rich playboy intrigued with Mary’s sprightly character. The same year brought the opportunity to play opposite Contance Talmadge in William Desmond Taylor’s “Up The Road With Sallie”, and Kerry was on his way! 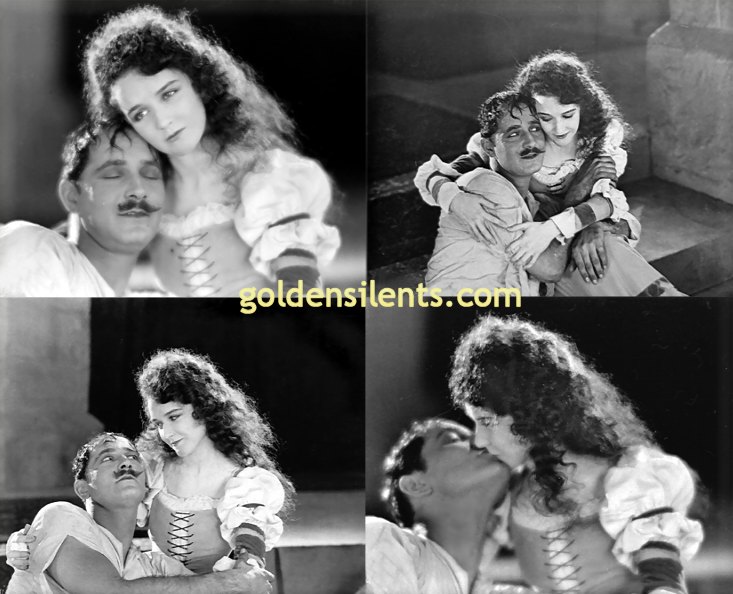 For All You Romantics:
Norman Kerry as Raoul and the glowing Mary Philbin as Christine in Rupert Julian’s classic “The Phantom of the Opera” (1925)

In 1923, Kerry made two of his most popular films, “The Hunchback of Notre Dame” as Phoebus de Chateaupers opposite Lon Chaney, and the von Stoheim directed “Merry-Go-Round”, as the evil Count Franz opposite the glowingly beautiful Mary Philbin. It was said that von Stoheim was taken off the film after shooting a scene of Kerry au natural! But perhaps Kerry’s most well known role occurred in 1925 when he was again cast with Lon Chaney and Mary Philbin in the horror classic, “The Phantom of the Opera” as the Vicomte Raoul de Chagny. The film was later re-issued in 1930 with an audio track with voices added by Norman and Mary. Kerry pursued Mary without success, but she later admitted to having crushes on both him and Valentino! The Phantom of the Opera was a huge box office success and insured Kerry’s place as a leading actor of the 1920’s. 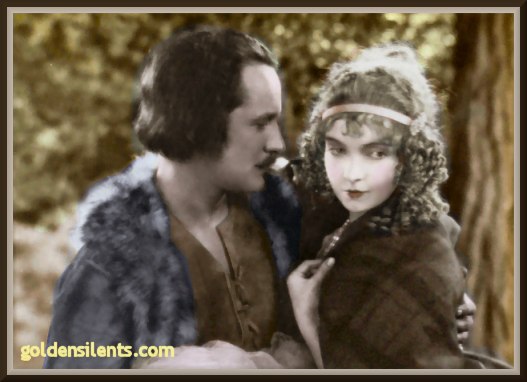 Kerry continued to appear with leading actresses of the day, including Lillian Gish in “Annie Laurie” (1927), playing romantic interest Ian Macdonald, and in the Tod Browning directed horror classic, “The Unknown” (1927), opposite a young Joan Crawford and again starring Chaney. 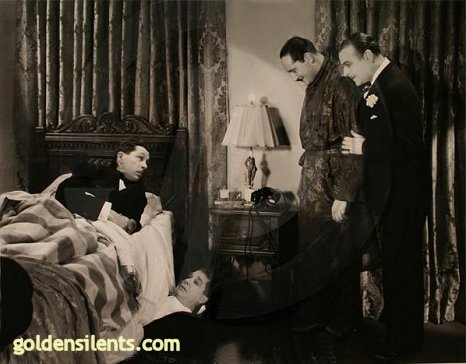 Lowell Sherman and Norman Kerry stand together watching a rather shocking scene
in the surprising precode “Bachelor Apartment” (1931), which also starred Mae Murray

Kerry wasn’t so lucky in his personal life, marrying three times, including a final marriage to actress Kay English. With the advent of sound films, he made the transition, but wasn’t nearly as successful, and by the mid-1930’s, his output was meager. One particular early sound film of surprising interest to modern audiences, however, is 1931’s “Bachelor Apartment”, with fellow former silent stars Lowell Sherman and Mae Murray, in which he played an obviously gay theatrical producer. The film was panned when it premiered but today is finding a new audience which loves its precode audacity. Kerry’s last film was made in 1941. Later in life Kerry still proved his adventurous nature by joining the French Foreign Legion. He only returned to the States when France was invaded by Nazi Germany. 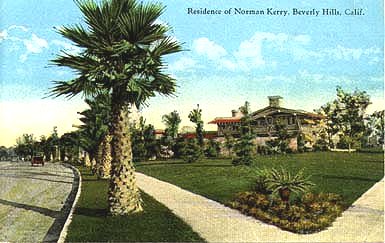 The ornate home of Norman Kerry in Beverly Hills. This home had
been built in 1909 and was set for demolition in 1922 when Norman
Kerry rescued it and had it moved in three sections to a new location

Norman Kerry died in Los Angeles on January 12, 1956 at the age of 61. Although never a top star, Kerry was in great demand during the teens and twenties, and justifiably earned a place in film history as one of the more important romantic supporting stars of the silver screen. ~ Biography by Brenda T.

To learn more about Norman Kerry, visit his profile on the Internet Movie Database