Silent actress Mildred Davis was silent comedian Harold Lloyd’s leading lady on-screen for several years, and off-screen as his wife until her death.

Mildred was born on February 22nd, 1901 in Philadelphia, Pennsylvania to Howard and Caroline Worts Davis. She was educated at Friends School in Philadelphia. She made films for Universal, Metro, Pathé, Hal Roach, and Mutual. Mildred (or “Mid” as she was often called) appeared in many of Harold Lloyd’s early short comedies, and several feature films, such as the classic “Grandma’s Boy” (1922) and “Safety Last” (1923). Mildred was chosen as the replacement for Bebe Daniels, Harold’s previous leading lady, who had left to work for Famous Players Lasky studio. Blonde and petite at only 5 feet tall, Mildred displayed a natural talent for comedy. She made a very sweet and perky partner for Lloyd. Mildred married Harold in February, 1923 and retired from acting, with the exception of making two additional films in later years. She raised three children, Gloria, Peggy, and Harold, Jr.. She died in Santa Monica, California on August 18th, 1969, from the effects of a stroke and heart failure. 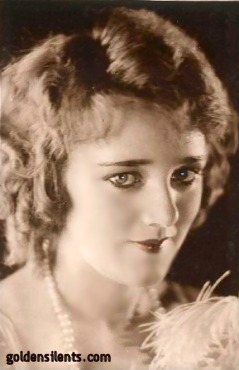