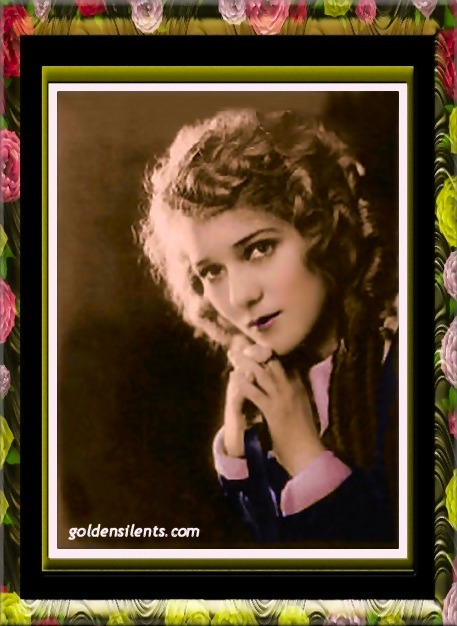 She was called “America’s Sweetheart”, but really she was the “World’s Sweetheart”, since she was a bigger world box office draw than any of her silent film star contemporaries. Mary Pickford delighted the hearts of millions of filmgoers from 1909 to 1933. With her beautiful blonde curls, her sweet face, and her childlike air of innocence on screen, she was the most beloved and famous female movie star of the silent era. Crowds mobbed her wherever she went, in America or overseas. Mary was an incredible actress; from the distance of eight decades her beautiful performances do not pale, but in fact grow all the more bittersweet, especially considering the typical shallow movie fare Hollywood puts out today in comparison.

Born Gladys Marie Smith in Toronto, Canada on April 8th, 1893, she became a child actress at the age of five, after her father’s death. Touring nationally as “Baby Gladys”, she became the chief source of income for her family; eventually her sister Lottie and brother Jack also went into acting as well. At age 14 Mary was on Broadway with impresario David Belasco’s troupe, and at age 16 she became a Biograph Player, working with director D.W. Griffith. Like the other players in Griffith’s stock company, her name was not listed in the credits, but Mary was noticed right away by audiences, and gained the nickname “the girl with the golden curls”. She progressed from shorts to features within a few years. Films of special note for Mary were 1917’s “Poor Little Rich Girl”, “Rebecca of Sunnybrook Farm”, and “The Little Princess”, 1918’s “Stella Maris” and “M’Liss”, and 1919’s “Daddy Long Legs”, “The Hoodlum” and “Heart of the Hills”. Mary was married three times, each time to actors. She was married to Owen Moore from 1911 to 1920, to Douglas Fairbanks from 1920 to 1936, and then to Charles “Buddy” Rogers from 1937 until her death in 1979. She and Rogers adopted 2 children. During World War One Mary was responsible for raising millions of dollars in war bonds to help the United States. She had become a citizen of the U.S., while still holding her Canadian citizenship.

Mary worked for many different studios in addition to Biograph, such as Artcraft, IMP, Famous Players, Goldwyn and First National, before starting up her own film company with Douglas Fairbanks, Charles Chaplin, and D.W. Griffith called United Artists. United Artists allowed Mary even more artistic and financial control over her film projects. Under UA Mary made additional financially successful and memorable films, including “Pollyanna” (1920), praised by ministerial associations across the country for its purity and sweetness, “Little Lord Fauntleroy” (1921), in which she played dual roles as the mother and the little boy, “Tess of the Storm Country” (1922), “Little Annie Rooney” (1925) and “Sparrows” (1926), her last film playing a waif-like young teen. Mary’s last silent film was “My Best Girl” in 1927, in which she starred with her future third husband Charles “Buddy” Rogers. It is a touching romance between rich boy and poor girl, with some great acting by Mary. Mary went on to make several sound films, playing grown up ladies, including 1929’s “Coquette”, for which she won a Best Actress Academy Award, but then she chose to retire from the screen in 1934. A little girl named Shirley Temple became the next generation’s favorite child star on screen, and it is interesting to note that some of Shirley’s films were based loosely on plots from Mary’s films made a decade or more earlier.

Mary wrote three books in her lifetime: a religious book entitled “Why Not Try God?” published in 1934, “My Rendezvous With Life”, a brief autobiography published in 1935, and then a larger autobiography “Sunshine and Shadow”, published in 1955. She won a Special Academy Award in 1976 for lifetime achievement. Mary Pickford died in Santa Monica, California on Mary 29th, 1979 from a cerebral hemorrhage. She was a pioneering, unique artist, writer, and director; a savvy businesswoman in an industry controlled by men, a strong woman who took pride in making quality films which still hold up beautifully today, and she will never be forgotten.
~ Copyright © 2004 www.goldensilents.com

Vintage Bio from “Who’s Who On The Screen” (1920): “Mary Pickford was born in Toronto, Canada in 1893 and first appeared before the public with the Valentine Stock Company of Toronto, when but 5 years old. She has since appeared on the speaking stage with Chauncey Olcott in “Edmund Burke” and in the Belasco productions of “The Warrens of Virginia” and “A Good Little Devil.” Her first screen appearance was with the old Biograph Company in the film play “The Violin Maker of Cremona” directed by D.W. Griffith. Since then she has become one of the greatest and best-liked screen players. Mary Pickford is 5 feet high, weighs 105 pounds and has golden hair and hazel eyes. Her sister Lottie and brother Jack also appear before the camera. She is the wife of Douglas Fairbanks.”