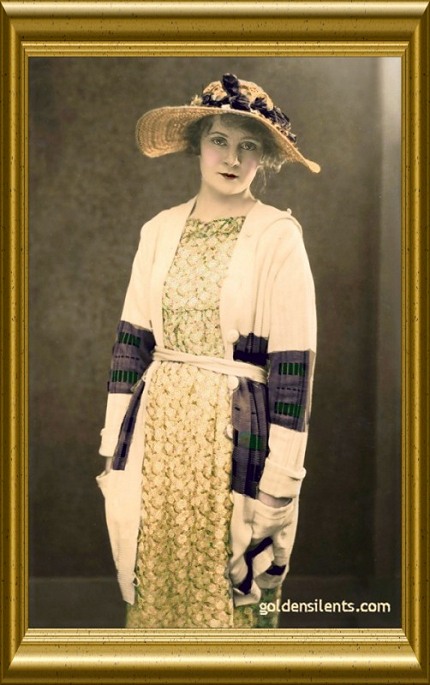 Mae Marsh was the most unlikely and unpreposessing of silent stars; it almost seems that she was discovered by accident. She was considered plain, with hair of a nondescript color, and freckles, but she stood out to pioneer film director D.W. Griffith, and became one of his top leading actresses, along with Lillian Gish and Mary Pickford. She had a naturalistic, luminous quality about her that Griffith was able to bring to the screen with a deft touch.

Born Mary Wayne Marsh in Madrid, New Mexico Territory, on 9 November 1895, to a railroad auditor and his wife; her father died when she was only four years old. Her mother remarried, and the family moved to San Francisco, where her step father was killed in the earthquake of 1906. Sometime later, the family ended up in Los Angeles, and in 1912 Mae found herself in Biograph studios after deciding to follow her older sister Marguerite’s example and try acting. Mae first got work with Mack Sennett and Griffith. Her big break came in “Man’s Genesis” (1912), in which she played a bare legged prehistoric girl. The part had first been offered to Mary Pickford, who refused due to the fact that her legs would be visible. She later worked in all Griffith’s unforgettable epics, “The Birth of a Nation” (1915) as Flora Cameron, who jumped off a cliff rather than face being raped, and in “Intolerance: Love’s Struggle Throughout the Ages” (1916), as “The Dear One”, who races to save her innocent husband from the gallows for a crime he did not commit. These were probably her best and most memorable film roles, and she was frequently cast opposite another Griffith find, Robert Harron; they made a charming and often passionate romantic couple on screen.

Mae worked with Griffith from 1912-1916, signing with Samuel Goldwyn in 1917. She was at the height of her popularity. However, Mae did not find the success with Goldwyn that she had with Griffith. After marrying Louis Lee Arms, a publicity agent for Goldwyn in 1918, she virtually retired to raise the couple’s three children. She worked with Griffith again however, in 1923’s “The White Rose”, co-starring Ivor Novello, and she also went to England to make a few movies, including “The Rat”, written by Ivor. By 1928, she intended retiring from the screen altogether, but with the advent of the Great Depression Mae had to go back to work to earn money for the family. She gave a remarkable performance in the sound film “Over the Hill” (1932), where her character was forced to go to a poorhouse by an ungrateful son.

She continued to appear in smaller parts until the 1960’s; due to a difficulty in remembering lines she was never again given big roles, but as a friend of legendary director John Ford, she always had smaller character parts she could sink her teeth into, in Ford’s classic films such as “The Grapes of Wrath” (1940), “How Green Was My Valley” (1941), “My Darling Clementine” (1946), and “The Quiet Man” (1952).

After a career spanning fifty years, Mae Marsh died at her home of a heart attack, in Hermosa Beach, California, February 13, 1968. 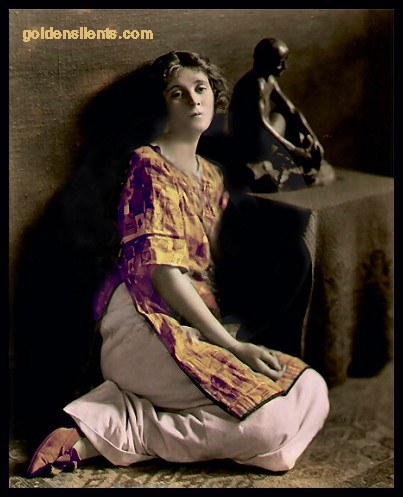 For more information on Mae Marsh, visit her webpage on the Internet Movie Database