Lois Wilson was born in Pittsburgh, Pennsylvania on June 28th, 1894 and raised in Birmingham, Alabama. She trained to be a school teacher of young children but wasn’t teaching for long when she decided to pursue her first love of performing instead. She auditioned and was hired for some film roles by the Victor Film Company starting in 1915 and gained valuable experience quickly. She visited Chicago where she met pioneer female film director Lois Weber, who gave her a small part in her film “The Dumb Girl of Portici” in 1916. She displayed such talent that Miss Weber took her to Los Angeles, where she was groomed for stardom and began playing leads opposite the likes of J. Warren Kerrigan and Frank Keenan. She entered into a contract with Famous Players – Paramount in 1919 and played leading roles opposite stars such as Wallace Reid and Bryant Washburn. Her acting abilities induced William DeMille, brother of Cecil, to give Lois an important role in his production “Midsummer Madness” (1920), opposite Conrad Nagel and Lila Lee. Her performance in “Miss Lulu Bett” (1921) was an extraordinary exhibition of repressed emotion and won a flood of praise from critics and the public alike. She was cast as the female lead in “The World’s Champion” (1922) once again opposite Wally Reid. She also appeared as the feminine leads in the successful films “Is Matrimony A Failure?”, “Our Leading Citizen” (both 1922) opposite Thomas Meighan, and she scored a triumph in Cecil B. DeMille’s production “Manslaughter” (1922) opposite Tommy Meighan and Leatrice Joy. She played the female lead in the western “The Covered Wagon” (1923) and was so successful in the role that she afterwards joked: “From now on whenever the audience sees me they’ll look around for a covered wagon.” Indeed, she ended up playing leads in several western pictures right after this one. She managed to break free of the westerns for awhile and played an important role in Pola Negri’s film “Bella Donna”, a Paramount picture produced by George Fitzmaurice, and featuring Conway Tearle. Other significant roles for Lois were Queen Marie in “Monsieur Beaucaire” (1924) opposite Rudolph Valentino, and Daisy Buchanan in the first film version of “The Great Gatsby” (1926- sadly not surviving). Lois Wilson never married; for many years she lived with her parents. One of her closest friends in the business was Gloria Swanson. She had two sisters, Diane Kane and Connie Lewis, who also went into film acting, no doubt inspired by their successful sister. Lois made the transition to sound films with no problem. She is probably best remembered today for her role as the tragic mother of little Shirley Temple in one of Shirley’s most popular films, “Bright Eyes” (1934). After the movies “Nobody’s Children” (1940), “For Beauty’s Sake” (1941) and “The Girl from Jones Beach” (1949) opposite future president Ronald Reagan, Lois retired from films. Her last acting activity was for television, in the serials “The Guiding Light” (1952) and “The Secret Storm” (1954). Her acting career had spanned four decades of enormous change in the film world, from early silents, to the sophisticated silents and westerns of the 1920’s, from talkies to early soaps on television. Lois Wilson died from pneumonia on March 3rd, 1988. ~ Copyright © 2004 www.goldensilents.com

Vintage Bio from “Who’s Who On The Screen” (1920): “Lois Wilson, leading woman for Paramount-Artcraft Pictures, was born in Pittsburgh, Pa., and when a child removed with her family to Birmingham, Ala., in which city she was raised. Miss Wilson studied to be a school teacher and after graduating taught in a rural school. After teaching for about three weeks she journeyed to Chicago where she met Lois Weber. She was given a small part in “The Dumb Girl of Portici” and the producer decided to take her to Los Angeles. There she became leading woman for J. Walter Kerrigan and later played opposite Frank Keenan. She is now with Famous Players-Lasky Corporation. Miss Wilson is five feet five and one-half inches high, weighs one hundred and twenty pounds and has brown hair and hazel eyes.” 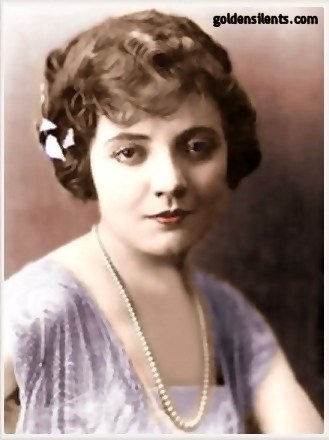 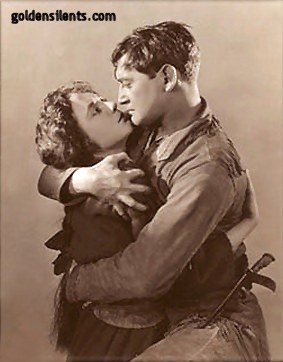 Lois Wilson in a clinch with Richard Dix in “To The Last Man” (1923),
one of several westerns Lois endured…although it wouldn’t take much
“endurance” to kiss Richard Dix.