Boyishly handsome silent movie star Lloyd Hughes was born in Bisbee, Arizona on October 21st, 1897, and sought a career as an actor early in life. It wasn’t long before he caught the attention of Hollywood producers and directors, with his dark good looks and sensitive acting abilities. Notable early roles for Lloyd included “Love Never Dies” (1921) with Madge Bellamy, “Hail, The Woman” (1921) with Madge and Florence Vidor, “Tess of the Storm Country” (1922) with Mary Pickford, “The Lost World” (1925) with Wallace Beery and Bessie Love, and the comedy classic “Ella Cinders” (1926) with Colleen Moore. Lloyd Hughes was married once, to actress Gloria Hope, and they had two children, a boy, Donald, and a girl, Isabel. Lloyd made the transition to sound smoothly, and worked as an actor through the late 1930’s, including a role with John Barrymore in the 1930 version of “Moby Dick”. He died on June 6th, 1958 in San Gabriel, California.

Vintage Bio from “Who’s Who On The Screen” (1920): “Lloyd Hughes was born in Bisbee, Arizona, in 1897 and received his education at the Los Angeles Polytechnic School. Not long after his graduation from that institution he was offered a chance in motion pictures and he soon appeared in the Paramount production The Haunted Bedroom. Other screen plays in which this player has appeared are The Heart of Humanity,, The Indestructible Wife, The Virtuous Thief, and Turn In The Road. Mr. Hughes is an all-around athlete and spends much of his leisure time motoring and swimming in the sapphire waters of California beaches.”

Vintage Bio from “Stars of the Photoplay” (1930): “A student at Los Angeles High, Lloyd Hughes used to bicycle over to the motion pictures studios at Glendale after school hours and watch the movies being made. Eventually given small parts, his clean-cut appearance and ability soon gained him recognition. His first role as leading man was opposite Mary Pickford in “Tess of the Storm Country.” He was born in Bisbee, Arizona, October 21, 1897, is 6 feet tall, weighs 150, has dark brown hair and dark grey eyes. Married Gloria Hope in 1921. They have one son, Donald.”

To view a scanned image about the movie “The Lost World” starring Lloyd Hughes, from a 1925 Photoplay Magazine, please click HERE (147 kb) 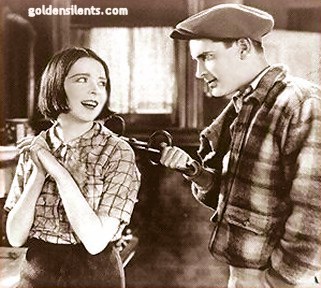 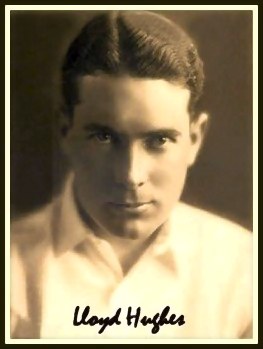 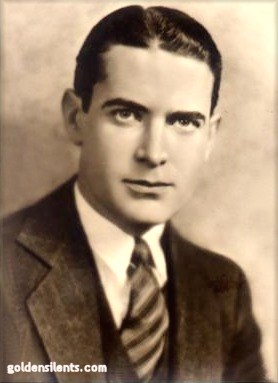 Lloyd Hughes at the height of his career