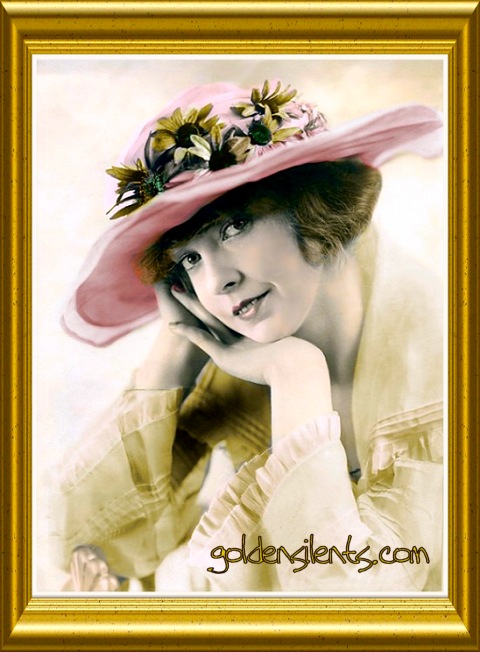 “I never approved of talkies. Silent movies were well on their way to developing into an entirely new art form.
It was not just pantomine, but something wonderfully expressive.” – Lillian Gish

The brilliant actress Lillian Gish was born Lillian Diana de Guiche on October 14th, 1893 in Springfield, Ohio. Her career spanned the most important and influential decades of the early 20th century, encompassing stage, silent and sound film work. The roles she played were shining examples of purity of heart and strength of character despite temporary physical or spiritual vulnerability. Lillian received consistent praise and accolades from critics throughout her career. Any show or film she was involved in was immediately improved, simply by her presence.

Her father deserted the family while Lillian was a child, and to make ends meet her mother put her and her sister Dorothy on the stage. She was billed as “Baby Lillian”. In 1912 she was introduced to pioneer film director D.W. Griffith by Gladys Smith, who became known as Mary Pickford. The girls had often toured together across the country in repertoire companies and were good friends. Griffith admired Lillian’s talent and intelligence, and she in turn admired Griffith’s genius.

Together Griffith and Gish created some of the most memorable silent films in history. Whether playing an innocent, as in “The Birth of a Nation” (1915), a victim of parental abuse, as in “Broken Blossoms” (1919), a long-suffering friend to minister Bobby Harron’s character, as in “True Heart Susie” (1919), a simple good girl in “Orphans of the Storm” (1921), or a long-suffering woman who is taken advantage of by a scoundrel and gets pregnant out of wedlock, as in “Way Down East” (1920), Lillian brought an unforgettable sensitivity to all her roles. She learned film technique and story creation with Griffith, talents and skills which were to stand her in good stead in directing her own sister Dorothy in her film “Remodeling Her Husband” (1920). Gish insisted on full production control when she acted for smaller film companies. In 1925 Lillian received a lucrative contract with M-G-M, making her one of the most highly paid actresses of that decade. In those years she helped create even more silent film masterpieces for her directors, including King Vidor and Victor Seastrom. She appeared opposite John Gilbert in “La Boheme” (1926), and opposite the remarkable Swedish actor Lars Hanson in the haunting dramas “The Scarlet Letter” (1926) and “The Wind” (1928), the latter film her last silent picture.

However, by the late 1920’s the public’s taste in film actresses was changing. Innocent ingenue and virginal roles were being rejected for the more tantilizing flapper characters on screen, and then of course there was Greta Garbo, who began to get the star treatment at M-G-M which was formerly reserved for Lillian. Lillian decided to call it quits and went back to stage work. She did return to film for some memorable sound films, including 1946’s “Duel In The Sun” where she played a consumptive wife to Lionel Barrymore, and a role as a nun in “Portrait Of Jennie” (1948), both for for David O. Selznick, also a haunting role in the thriller “The Night of the Hunter” (1955), and later she appeared on television, but her first love had remained the stage, where her roles were more varied, and this is where her energies were devoted in her final years. Lillian never married. Her life was her career and she documents it well in her 1969 autobiography “The Movies, Mr. Griffith And Me”. In 1970 she was awarded a special Academy Award for “superlative artistry and for distinguished contribution to the progress of motion pictures.” Lillian died of old age and heart failure on February 27th, 1993. Her acting career had spanned an incredible 75 years. ~ Copyright © 2004 www.goldensilents.com

Vintage Bio from “Who’s Who On The Screen” (1920): “This charming little screen favorite was born in Springfield, Ohio. It was while visiting Mary Pickford at the old Biograph Studio that Miss Gish first felt the lure of the screen. Prior to her first screen appearance Miss Gish had a successful stage career. In company with sister Dorothy she played child parts touring the country with a repertoire show. She scored many personal triumphs in Mr. Griffith’s productions, the greatest of which probably was in the role of the young daughter in Mr. Griffith’s masterpiece “Broken Blossoms.” Hers is one of the finest personalities seen upon the screen and her work before the cameras  stamps her as one of the greatest of screen tragediennes. Miss Gish is now a full-fledged star in the Frohman Amusement Corporation’s productions.” 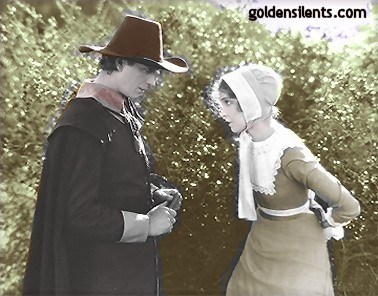 Lars Hanson with Lillian Gish in “The Scarlet Letter” (1926) Lillian Gish as the abused daughter of a sadistic prizefighter, in D.W. Griffith’s “Broken Blossoms” (1919)
Even though this is a silent movie you will hear your heart breaking.