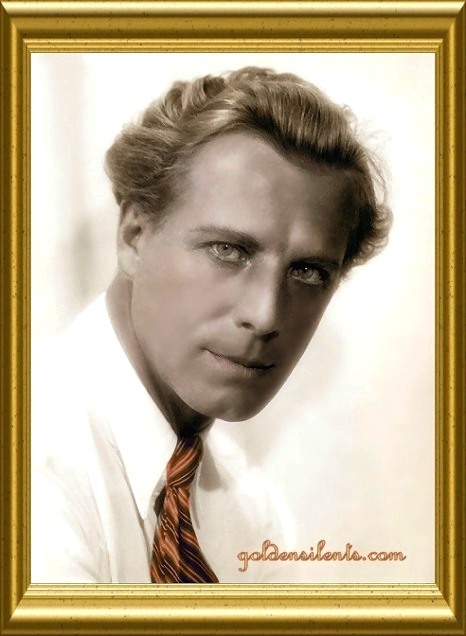 Born in Gothenburg, Sweden on July 26th 1886 into a seafaring family, Lars Mauritz Hanson was initially a gold engraver until he won a free scholarship to the Stockholm Dramatic theatre. A talented stage actor, who was well known for his Shakespearean roles, he made his move into Swedish cinema in 1915 with a part in “Dolken”. In 1924 he played the title role in Mauritz Stiller’s “The Saga of Gosta Berling”, which brought him and his co-star, Greta Garbo, to the attention of Louis B. Mayer of M-G-M.

In 1926 he made his American film debut as the Reverend Arthur Dimmesdale in “The Scarlet Letter” opposite Lillian Gish as Hester Prynne, a movie in which there is a wonderful romantic chemistry between the two leads. After several more movies such as “Flesh and the Devil” (1926), “Captain Salvation” (1927) and “Buttons” (1927), he was reunited with Gish and “Scarlet Letter” director Victor Seastrom in “The Wind”, (1928), in which he is thoroughly convincing as slightly grizzled, but, good hearted cowboy Lige Hightower. The wedding night sequence of “The Wind” is surely one of the most beautifully acted in the silent era. At the advent of the “talkies”, Lars returned to Europe, making “The Homecoming” an excellent German silent “menage a trois” movie and the part silent / part talkie “The Informer” (1929) in Britain. He continued making movies until 1951, appearing in the mid 1930’s with a very young Ingrid Bergman in “Walpurgis Night” and “Pa Solsidan”. He continued working on stage, and was planning a return to movies, when he died after a brief illness, on April 8th 1965 in Stockholm, Sweden.

Very handsome and with a wonderful profile, Lars will be remembered not only for his fine acting, but, also for his beautiful hands, which seemed to be crafted from porcelain. He was 5 ft 10 inches tall, with grey eyes and blond hair. He married Swedish actress Karin Molander in 1922; in that year she was the more famous of the two, and the couple remained married until his death 43 years later.

– Bio Courtesy of Diane (damfino) from the Golden Silents Message Board 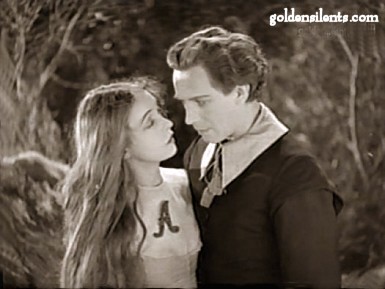 Lillian Gish and Lars Hanson in “The Scarlet Letter” (1926, MGM)

To learn more about Lars Hanson, visit his profile on the Internet Movie Database