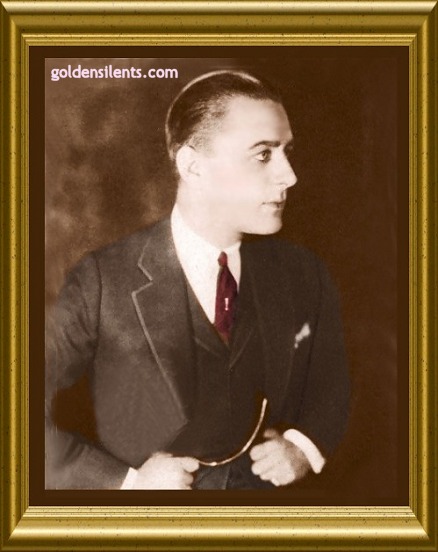 Actor Kenneth Harlan was a handsome leading man of the silent film era, playing mostly romantic leads or adventurer types. He was born in Boston, Massachusetts on July 26th, 1895, and graduated from Fordham University in New York. Beginning as a stage actor, like so many other silent film stars, Ken moved to Hollywood in 1916 to try his hand at movie acting, finding work easily with his rugged good looks and talent. He was equally skilled at both drama and comedy, and made quite a number of westerns. His uncle, Otis Harlan, was also a motion picture actor in the silents. Ken was married an incredible seven times (how did he keep all his wives’ names straight?), including a marriage to silent screen star Marie Prevost. He made a smooth transition in the sound era, even singing in a few films. His film roles in the sound era were more minor ones though, since he was aging and had to compete with other new, younger actors. He worked up until the 1940’s in Hollywood and then retired in 1943. In 1966 he suddenly reappeared in three made for television movies, playing bit parts. Kenneth Harlan died from an aneurysm on March 6th, 1967 in Sacramento, California. ~ Copyright © 2004 www.goldensilents.com

Vintage Bio From “Who’s Who On The Screen” (1920): “Kenneth D. Harlan was born in Boston, Mass., and received his early education in the public schools of that city and later at St. Francis College, and Fordham University. He first appeared on the stage in “More Than A Queen” about 1899 and in support of Julia Arthur. His stage career has been most extensive. He started in pictures in 1916 as leading man under D.W. Griffith and later played with Constance Talmadge, Lois Weber, Mary Pickford, Katherine MacDonald and others. Formerly with Ince, Universal and Metro, he is now with Goldwyn. He is fond of hunting and fishing and also likes to burn up the roads around Los Angeles in his high-powered speedster. He is just six feet high, weighs a hundred and eighty-five pounds and has brown hair and blue eyes.”

Vintage Bio From “The Blue Book Of The Stars” (1924): “Asked for the secret of his success, Kenneth Harlan always says “My mother.” For Mrs. Harlan, once an actress of some attainments, has been the inspiration for her athletic son from the time of his childhood in New York until now. Young Harlan got his inspiration for a career from visiting “the wings” of the theaters where his mother was playing. At the Horace Mann School, Kenneth Harlan was the mainstay of amateur dramatics, appearing in plays, coaching the other players and even designing sets and costumes. As soon as he graduated from school he was engaged to appear in support of Gertrude Hoffman, who had a dramatic dance revue on the Keith and Orpheum circuits. Although not a dancer, the young man’s sense of dramatic values made him invaluable in pantomime. But an ambition to be a real actor led the handsome juvenile to secure an engagement with Robert Hilliard’s “The Fortune Hunters” company. Having found his proper medium at last, young Harlan proceeded to shoot to the top of his profession. Broadway recognized him later in “The Country Boy” and opened its arms to its new favorite. Lois Weber saw interesting screen possibilities in the young actor and engaged him to play the leading role in “The Whim,” after terms had shown him to possess undoubted screen personality. With the favorite as a nucleus, Bluebird Productions was formed and made a number of pictures, notably “The Wine Girl,” “Bread,” and “Midnight Madness,” in which he appeared to such good advantage that Constance Talmadge offered him a contract to appear in her support in her features for Joseph Schenck. Under the contract, “Lessons In Love,” “Mama’s Affair,” and “Dangerous Business” served to bring him to the receptive notice of photoplay audiences, and as a result his name began to run high in contests held by magazines to determine the popularity of various film players.” Kenneth Harlan as Cowboy – All Male 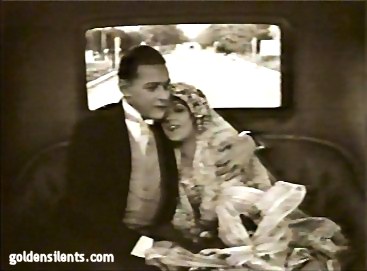 Kenneth Harlan and Mary Pickford in “The Hoodlum” (1919)