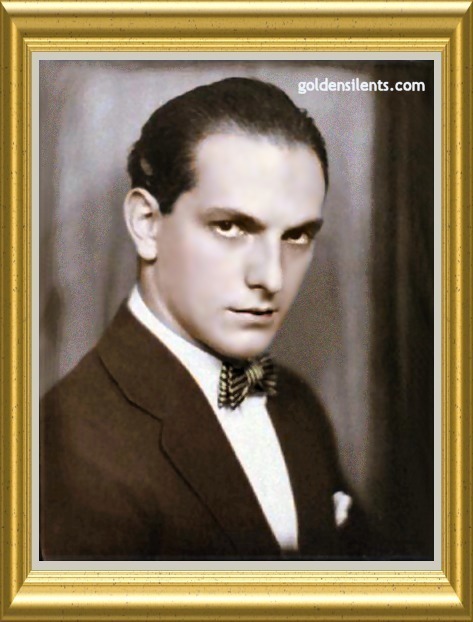 Originally from Vienna, Austria, Academy Award winning actor Joseph Schildkraut was born on March 22, 1896, the son of popular stage and motion picture actor Rudolf Schildkraut. Young Joseph displayed a great acting talent early in life, appearing on stage with his father as a child and by the time he was a teenager he was acting on the stage in Max Reinhardt productions.

He began working in silent movies soon after; he made his film debut in the German film “Schlemihl” (1915), appearing with his father. He followed that with the movies “Das Wiegenlied” (1915) and “Schweigepflicht” (1916). The first World War intervened and interrupted his screen career for several years. In 1920 Joseph appeared in the Austrian film “Der Roman der Komtesse Orth” and then emigrated with his family to the United States.

He came to the attention of film pioneer D.W. Griffith almost immediately, who cast Joseph as the romantic hero Chevalier de Vaudrey in the classic silent “Orphans of the Storm” (1921), opposite Lillian Gish and Dorothy Gish. He also returned to the stage and starred on Broadway as “Peer Gynt” in the Theatre Guild’s successful 1923 production. Afterward he played in Cecil B. DeMille’s film “The Road to Yesterday” (1925), Donald Crisp’s “Young April” (1926), opposite Bessie Love, and DeMille’s epic film “The King of Kings” (1927).

In 1929 he starred in the first filmed version of Edna Ferber’s “Show Boat”, opposite Laura La Plante. The film was mostly silent, but boasted several early talkie sequences, and for the first time audiences could listen to Joseph’s unique and melodious voice. He was the master of many different accents during his career in sound pictures thereafter, often cast as a villain to great effect. In the successful “Viva Villa!” (1934) he played the pompous enemy, General Pascal, of Pancho Villa, played by Wallace Beery, with Pancho sentencing him to death by ordering him to be eaten alive in a pit of stinging ants. His blood curdling screams chilled the audiences of the day. Joseph was the first non-American to receive an Academy Award for Best Supporting Actor, for his role in “The Life of Emile Zola” (1937). Joseph also played Herod in Claudette Colbert’s “Cleopatra” (1934) to great acclaim. One wishes his part in that film would have been larger, but it was basically a cameo. He appeared in “The Three Musketeers”, “The Man in the Iron Mask”, and the enduring “The Rains Came” in 1939. In 1940 he played the arrogant shopworker Mr. Vadaz in Ernst Lubitsch’s memorable “Shop Around the Corner” with Jimmy Stewart and Margarat Sullavan, which has become a holiday classic. In 1941 he was in a stunning early Jules Dassin effort “The Tell-Tale Heart”, Edgar Allan Poe’s masterpiece, as a hypnotic killer who continues to hear his victim’s heart beating after his death. Joseph received great praise for this performance. Joseph continued acting in films throughout the 1940’s and 1950’s and also did quite a bit of early television dramatics in the Playhouse format that was popular in that decade.

Today Joseph is best remembered for playing the role of Otto Frank in “The Diary of Anne Frank” (1957). His autobiography “My Father and I” was published in 1959. His last film was “The Greatest Story Ever Told” (1964). Joseph starred in two of the most acclaimed and haunting television show “Twilight Zone” episodes in the early 1960’s: “Death’s Head Revisited” (1961), where he played a concentration camp victim returning from the dead to confront his Nazi guard at Dachau, and “The Trade-Ins” (1962), where he played an old man who exchanged his worn out, sickly body for a brand new young one, until he realizes it would forever part him from his elderly wife, so he returns back to his old, ill body to be with her. “Grow old with me, the best is yet to be…” As Joseph was filming this moving episode he received news that his wife of 29 years, Marie, had just died, yet he insisted on continuing filming. True dedication to his beloved art form.

Joseph Schildkraut was married three times, to actress Elise Bartlett, from 1923-1930, which ended in divorce, then to Marie McKay from 1932 till her death in 1962, and then to Leonora Rogers from 1963 till his death in 1964. He died in Manhattan, New York of a heart attack on January 21st. Joseph Schildkraut was awarded a star on the legendary Hollywood Walk of Fame in Hollywood, California. Check out Joseph’s many fascinating screen performances when they are aired on Turner Classic Movies. His versatility as an actor was so impressive. 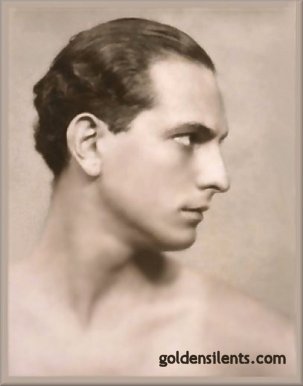 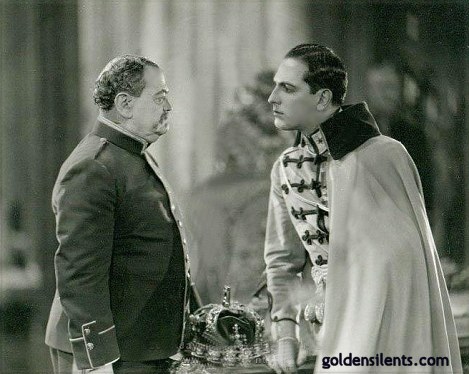 To learn more about Richard Arlen, visit his profile on The Internet Movie Database