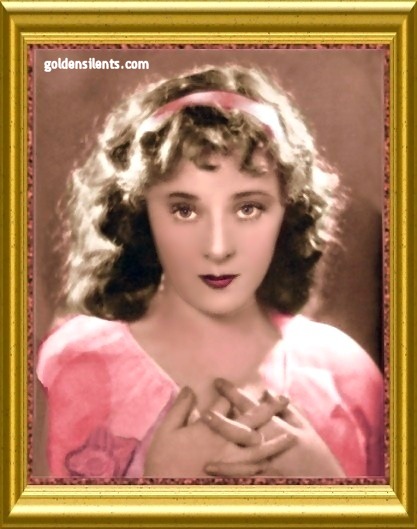 This pretty Southern belle, silent movie actress Jobyna Ralston was born Jobyna Lancaster Raulston in South Pittsburgh, Tennessee on November 21st, 1899 (census records). She was named after actress Jobyna Howland, a favorite of her stagestruck parents Joe Ralston and Sara “Kempt” Brady Ralston. From a young age Jobyna desired to go on the stage. At only fifteen years old she left Tennessee to appear with Ned Wayburn’s company of dancers and performers. Jobyna appeared in some 1920 Reelcraft comedies with comedian Billy Quirk and also an early lost film production of the Marx Brothers called Humor Risk. She was featured in the Vincent Youmans Broadway show “Two Little Girls In Blue” in 1921.
Jobyna continued to “pay her dues” as she worked in comedy films, mostly for Hal Roach, and including films with silent screen comedians Max Linder and James Parrot. She won the prestigious WAMPAS Baby Star award in 1923.

Silent film star Harold Lloyd saw her working in the studios and signed her as his leading lady to replace Mildred Davis, his former leading lady, whom he was planning on marrying. Jobyna went on to make a series of silent comedy cinema classics with Harold Lloyd, which are still delighting new audiences today, courtesy of the restoration and publicity work done by the Harold Lloyd Trust. Jobyna added just the right amount of sweetness and demureness to her ingenue roles with Lloyd. Her films with him included “Why Worry?” (1923), “Girl Shy” (1924), “Hot Water” (1924), “The Freshman” (1925), “For Heaven’s Sake” (1926), and “The Kid Brother” (1927). She also appeared as herself in a silent Our Gang film, which featured Harold Lloyd in a cameo appearance, called “Dogs of War” (1923). All are delightful films, and if you’ve never seen a silent movie before you may wish to start with one of them.

Jobyna was married twice, the first time to her childhood beau John Campbell, but the marriage did not last. In 1927 Jobyna had a role in the silent film classic “Wings”, starring Clara Bow, Charles Buddy Rogers, and Richard Arlen; she played a traditional role as the girl next door, waiting for her man to return from the war. This was the first film to win a Best Picture Academy Award, and also the only silent film to win the award. She also received top billing for the features “Lightning” and “Pretty Clothes” (both 1927). Jobyna and her co-star from “Wings”, Richard Arlen, were married that year and went on to have a son together, Richard Arlen, Jr., born in 1933. The couple separated in 1938 but did not divorce until 1945.

Jobyna made a few sound pictures, including 1929’s “The College Coquette”, and “Rough Waters” (1930), a Rin Tin Tin movie, and then she eventually retired from the screen in 1931, partly due to a noticeable lisp. Her career was also not helped by an arrest for being in a Los Angeles play called “Bad Babies” (1930) which was deemed to be “indecent.” Jobyna was arrested and convicted and paid a fine. It would be interesting to learn more details about this play; my hunch would be it was probably tame by today’s standards in Hollywood!

As she got older she suffered from rather poor health due to rheumatism and a series of strokes. She passed away from pneumonia on January 22nd, 1967 in Woodland Hills, California ~ Copyright © 2004 www.goldensilents.com 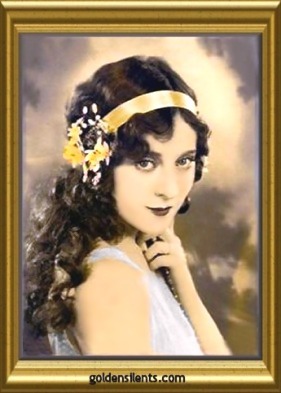