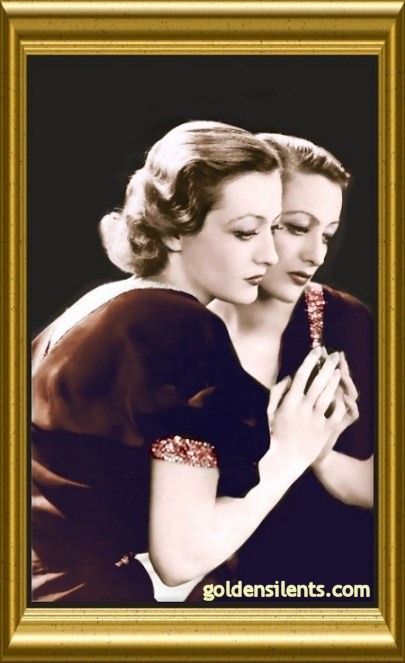 Joan Crawfords silent film career helped pave the way for her extraordinary career in sound films. Like Garbo, who also got her start in silents, film fans will miss some of Joan Crawford’s best performances if they ignore her work in the silent era. Joan went from a reckless dancer to one of the most iconic faces of the silver screen.

Joan Crawford was born Lucille Le Sueur in San Antonio, Texas on March 23rd, 1905. Lucille’s childhood was poor and far from happy. Her biological father disappeared when she was very young, leaving Joan behind to assist her mother with the odd jobs she could find. Her mother eventually re-married, and Joan loved her new step-father so much that she renamed herself Billie Cassin after him. However, she might have been abused by him, leaving her with a negative impression of physical relationships ever after. Hoping to escape rural life, after a stint in college, Joan quit and decided to try her luck in films. Off to Hollywood she went.

Joan learned that achieving roles was not easy. Her self-discipline was legendary however, and she was very ambitious. Once signed to M-G-M, one of her first roles was as star Norma Shearers double in Lady of the Night (1925), which sparked a feud between the two actresses which carried on for decades. The studio felt that Crawfords real name Lucille LeSuer was not the name of a star, so they held a Photoplay magazine contest to re-name her. Joan Crawford won, and it helped launch her into fame after she appeared in the film Old Clothes (1925), with child star Jackie Coogan. 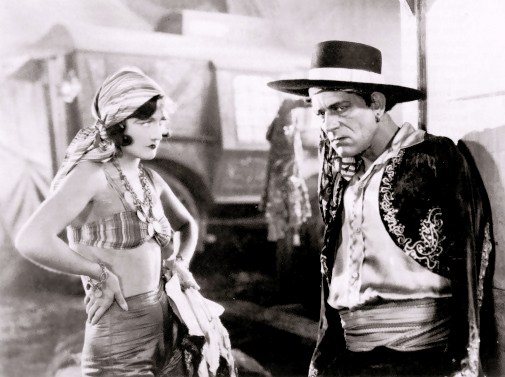 A young Joan Crawford in her first real challenging film role, opposite Lon Chaney, in “The Unknown” (1927)

Joan was a workaholic and did all she could to promote her image. She answered all her fan mail personally. Joan considered her breakthrough film role to be “The Unknown” (1927) in which she starred opposite the legendary Lon Chaney Sr. He taught her how to do more than look attractive for the camera, but to depict her character’s inner emotions outwardly in subtle and impressive ways.

Joan was already well established as a wonderful Charleston dancer, and personally categorized herself as a flapper. This image landed her in some popular and breezy 1920’s jazz era romps, like Our Dancing Daughters (1928) and its sequel Our Modern Maidens (1929). At this time she also achieved success socially when she married a son of Hollywood royalty, Douglas Fairbanks Jr. Later marriages were to actor Franchot Tone, actor Phillip Terry, and CEO of the Pepsi-Cola Company, Alfred Steele. When the silents succumbed to sound, Crawfords career really took off and made her one of the biggest stars of the era. She lasted over 40 years in films, all thanks to the start she got in the 1920’s in silent pictures. Because her legend is somewhat tarnished by the accusations made in her daughter Christina’s book “Mommie Dearest”, it is sometimes best to look back at the time when Crawford was just a kid herself, to see the essential young Joan before the challenges of life hardened her. Joan Crawford died in New York of cancer on May 10th, 1977, and is buried with her last husband, Alfred Steele, at Ferncliff Cemetery, Hartsdale, New York. ~ Bio by Maliejandra

To learn more about the fascinating Joan Crawford, visit her profile on the Internet Movie Database