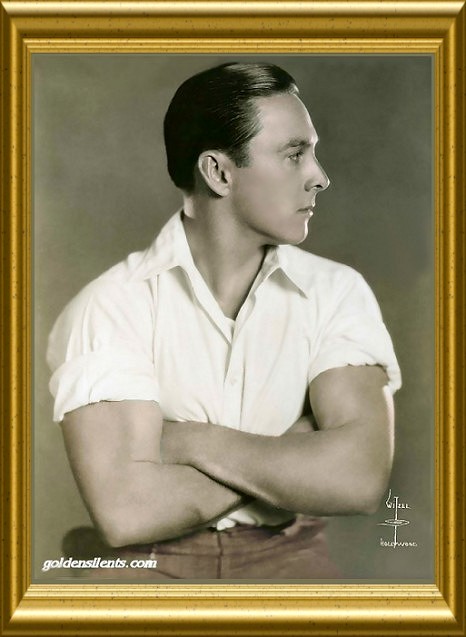 Handsome George O’Brien was born in San Francisco on April 19th, 1900. The son of a San Francisco Chief of Police, John O’Brien, George spent much of his childhood around the stables housing the police horses; it was here he learned to ride, something that would be useful in his later film career.

A star athlete at Santa Clara College, CA, he signed up for the US Navy in 1917, winning four medals serving as a stretcher bearer, and also became the US Pacific Fleet’s Light Heavyweight Boxing Champion in 1918. At the end of the war he tried several careers, but eventually ended up in Hollywood, and with the help of Cowboy star Tom Mix, whom he had befriended, landed a job as an assistant cameraman. He had appeared in several early silents, usually uncredited parts, when director John Ford picked the unknown Geoorge for the starring role in his Western “The Iron Horse” (1924). The fight sequence with Fred Kohler, in which he lost his shirt revealing his athletic physique led him to being nicknamed “The Chest”. He became a popular star appearing in several films including an early Howard Hawks comedy “Fig Leaves” (1926) in which he spent much time in a loin cloth and showed great flair for light comedy. 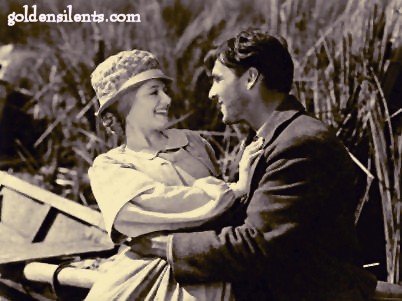 In 1927 German director F. W. Murnau cast him as “The Man” opposite Janet Gaynor in Murnau’s first American movie “Sunrise”; the movie had a lukewarm reception on its initial release, but is now regarded as one of the finest movies, not just of the silent era, but, of all time. George continued to make movies, making a successful transition into talkies via Darryl F. Zanuck’s retelling of the story of “Noah’s Ark” (1929). It was during the 1930’s that George established himself as a popular star of the B Western, consistently appearing in the top 5 money makers list of that decade thanks to movies such as “Daniel Boone”, “Riders of the purple Sage” and “Mystery Ranch”.

With war looming at the start of the 1940’s, George re-enlisted into the US Navy even before Pearl Harbor. He did so with such little publicity that his studio had to issue a statement to his many fans who wondered why their favorite star had not made any more movies. First serving as a recruiter, then as a “beach master”, George was involved in many of the Pacific invasions and left the Navy at the end of the war with the rank of Captain, having four times been recommended for the rank of Admiral. He would later serve in the Naval Reserve in both the Korean and Vietnam wars.

After the war, George found it difficult to return to movies and was helped out by John Ford with roles in his movies “Fort Apache” and “She Wore a Yellow Ribbon”. After making a movie with The Three Stooges in 1951, George appeared less and less on the screen, his final role in the 1964 in John Ford’s “Cheyenne Autumn”, after which he retired to ranching. Sadly, he spent his last years bedridden following a heart attack, and died as the result of a stroke on September 4th 1985 in Tulsa, Oklahoma. As befitting a Naval hero, he was buried at sea.

George was 6 foot tall and had brown hair, brown eyes and an athletic body, which he was not afraid to show off (thank you, George!). He married his co-star in “Riders of the Purple Sage”, Marguerite Churchill in 1933; the marriage lasted until 1948 and produced two children, Darcy and Orin O’Brien. – Bio courtesy of Diane (damfino) from the Golden Silents Message Board