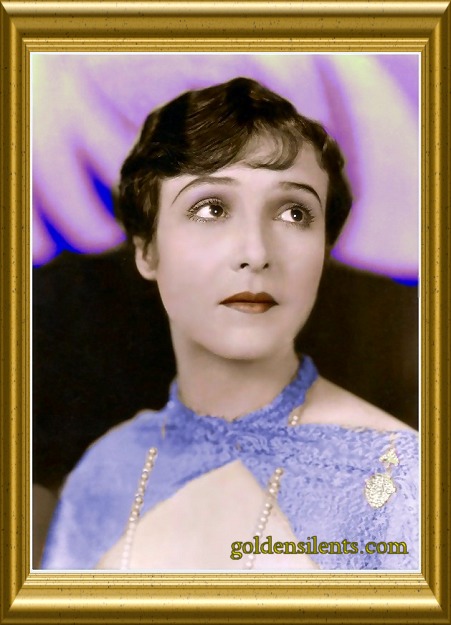 An elegant, beautiful and sensitive silent film actress, Florence Vidor was born Florence Arto in Houston, Texas on July 23rd, 1895. Her father was J.P. Arto, a real estate agent and developer. Florence was educated in the public schools and a convent school in Houston. The future famous film director King Vidor was her childhood sweetheart while they were growing up in Texas. The pair got married in 1915 and moved together to Los Angeles, where King hoped to pursue his goals of being a director in the fledgling movie industry and Florence had hopes to become an actress. An introduction to a Vitagraph director in 1916, during the visit to a movie set for the purpose of visiting her friend, actress Corinne Griffith, set Florence’s future acting career on course. The director was pleased with the appearance of the beautiful friend of Corinne, and asked her to play a small part in his film, “The Yellow Girl” (1916). She did so. When the film was completed, officials at Vitagraph offered Florence a year’s acting contract. She accepted, playing minor roles for awhile, until experience secured her more challenging roles, which resulted in an increasing reputation and respect among her colleagues for excellent acting work. She played Mimi in “The Tale Of Two Cities” (1917 – surviving) with William Farnum, and Kitty Little in the World War One spy film “The Secret Game” (1917 – surviving), among other productions which brought her to the general attention of film executives and the public.

King noticed his wife growing as an actress too, and began to star her in his own film productions, including “The Other Half” and “Poor Relations” (both 1919) and “The Jack-Knife Man” (1920), a very moving early film for King Vidor which still survives. The role of a lifetime came to Florence when she played the strong feminine, spiritual character of Judith Beresford in “Hail, the Woman” (1921), a neglected masterpiece which was once considered lost. One lone print turned up in Europe in the 1970’s. Other films of note for Florence were “Alice Adams” (1923), “The Virginian” (1923), “Barbara Frietchie” (1924) and Ernst Lubitsch’s sophisticated comedy of manners “The Marriage Circle” (1924 – surviving) with Marie Prevost. Florence played opposite Adolphe Menjou and Betty Bronson in Paramount’s “Are Parents People?” (1925 – surviving), playing Betty’s mother with style and gentle humor. She also played opposite a very young Gary Cooper in “Doomsday” (1928 – surviving) and lit up the screen with him, especially in a very romantic and sexy haystack scene.

Florence and King Vidor had one daughter, Suzanne, and for several years were a popular pair in Hollywood social circles, but then unhappily they separated and divorced in 1925. Florence kept Vidor as her last name for professional reasons after the divorce. Her last two silent films had talking sequences added to them after their completion, and in her very last film, “Chinatown Nights” (1929), her voice was reportedly dubbed by another actress. Fed up, Florence quit the movies and went on to marry the celebrated classical violinist Jascha Heifetz. The couple had two children, a boy and a girl, but this marriage too ended in divorce in 1946.

Florence died from heart failure on November 3rd, 1977 in Pacific Palisades, California. She was a special, unique talent, and her silent film performances should not be forgotten.

Vintage Bio from “Who’s Who On The Screen” (1920): “Florence Vidor was born in Houston, Texas and was educated in high schools and convent schools of that city. Very shortly after finishing her education the lure of the screen proved too hard to resist and she received proposals from Famous Players, which she accepted. She was given a leading part in “The Countess Charming” and later appeared in Lasky and Artcraft pictures, some of which were “The Bravest Way,” “New Wives for Old,” “Till I Come Back to You,” “The Honor of the His House,” “The White Man’s Law,” “Turn in the Road,” “Poor Relations,” “The Better Half” and “Better Times.” Miss Vidor is five feet four inches tall, weighs a hundred and twenty pounds, has olive complexion and brown hair and eyes. She loves dogs and flowers and spends practically all her time off the lot in her beautiful garden.” 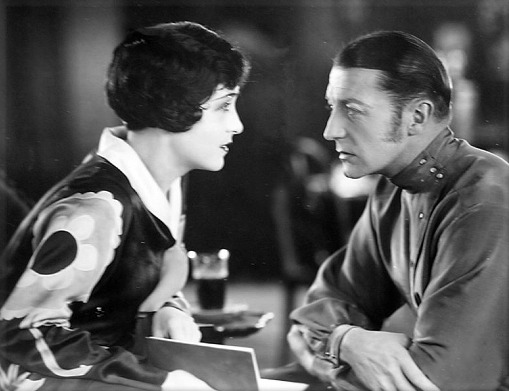 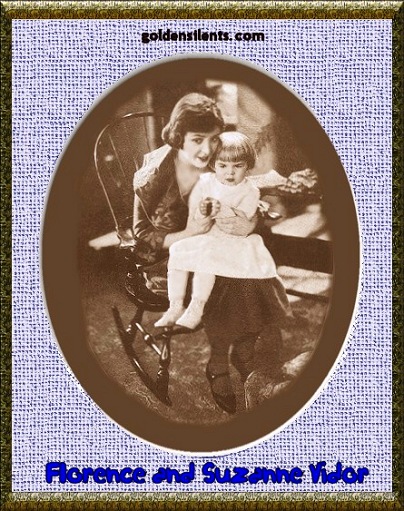 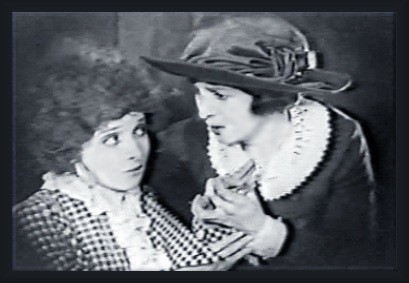 The weak and rejected Nan (Madge Bellamy) is comforted by the stronger Judith (Florence Vidor)
in Thomas Ince’s film production of “Hail, The Woman” (1921), a neglected masterpiece