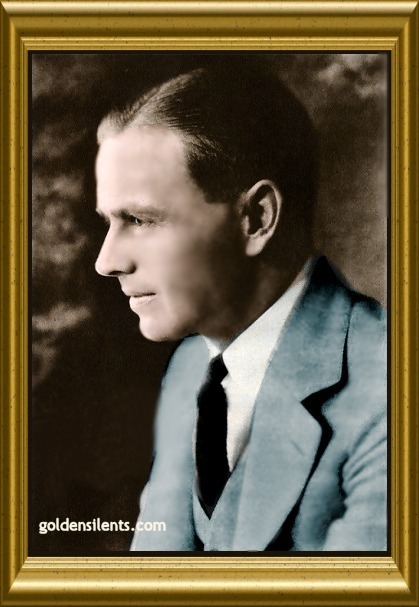 “The Man With the Million Dollar Smile”

Silent film actor and producer Douglas MacLean was born Charles Douglas MacLean in Philadelphia, Pennsylvania on January 10th, 1890. He was educated at Northwestern University Preparatory School and Lewis Institute of Technology in Chicago. Upon graduation he returned to Philadelphia to be a bond salesman. Having a desire to act on the stage, he entered the American Academy of Dramatic Arts in New York. His work at the completion of his course there attracted the attention of famous stage actress Maude Adams, and she engaged him to play the leading role opposite her in the show “Rosalind.” Doug later performed in stock in Pittsfield, Massachusetts, and did another year of stage work at the Morosco Theater in Los Angeles. His first screen production was with Alice Brady in “As Ye Sow” (1914), an Old World Film Company production. Later he played the lead role in D.W. Griffith’s war story “The Hun Within” (1918). He was engaged by Mary Pickford to play the lead roles in two of her films “Johanna Enlists” (1918) and “Captain Kidd. Jr” (1919). He also appeared in several productions made by the American Film Company. Doug’s first starring vehicle was Mary Robert Rinehart’s story “23 1/2 Hours’ Leave” (1919), in which he scored one the biggest successes of his career. This film typecast him in light romantic roles for much of his film career, and he was nicknamed “The Man With The Million Dollar Smile”. Doug formed his own production company, and made a series of films for Associated Exhibitors, including the film “Going Up” (1923), based on a George M. Cohan and Sam Harris show. Other fine films for Doug over the years were “The Home Stretch” (1921) and “Seven Keys to Baldpate” (1925). He made one talkie and then retired from screen acting to concentrate on producing and writing screenplays. Doug was married four times, divorced three times. His final marriage lasted till his wife’s death in 1959. Douglas MacLean died in Beverly Hills, on July 9th, 1967, from the effects of a stroke. ~ Copyright © 2004 www.goldensilents.com

Vintage Bio from “Who’s Who On The Screen” (1920): “This youthful star was born in Philadelphia, Pa., and educated at Northwestern University. Previous to his screen career he played juvenile leads in stock and supported Maude Adams in “Peter Pan” and other Barrie plays. He has been seen in the Paramount-Artcraft pictures “The Hun Within,” “Johanna Enlists”, “Capt. Kidd, Jr.”, and “Fuss and Feathers.” He is now starring for Thomas H. Ince productions for whom he has already made 23 and 1/2 Hours Leave” “What’s Your Husband Doing?” and “Mary’s Ankle.” Mr. MacLean’s height is five feet nine inches, and he weighs a hundred and forty five pounds. He has brown hair and brown eyes. Automobiling is his favorite recreation, and he is a fine golfer, swimmer and tennis player.” 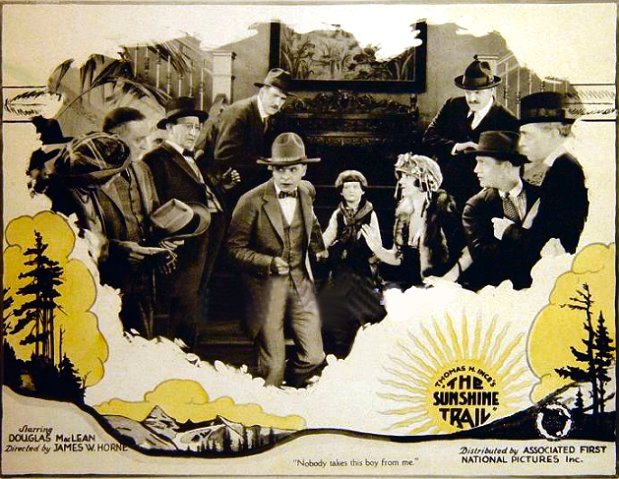 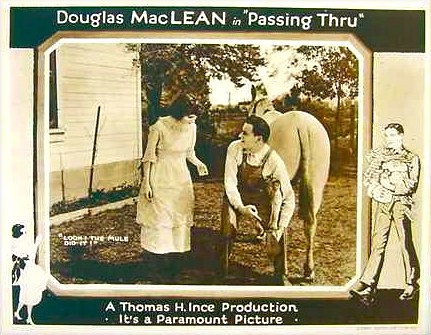 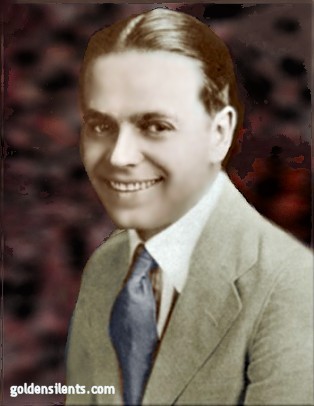 Douglas MacLean in his younger years, circa 1920