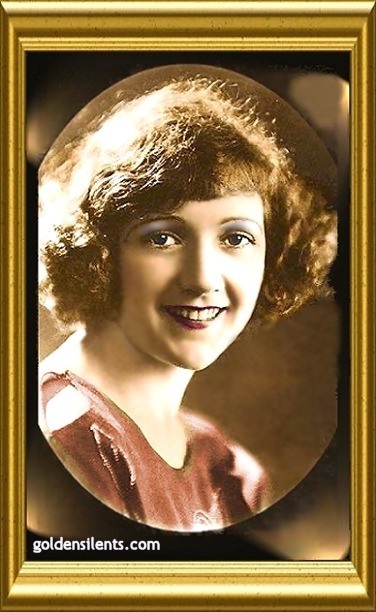 Nicknamed “Dutch” by her mother Peg, because of her adorable blond good looks as a plump little girl – which made her look like the Little Dutch Boy – silent movie star Constance Talmadge was born Constance Alice Talmadge on April 19th, 1897 in Brooklyn, New York. Her beautiful older sister Norma Talmadge became a famous silent movie queen in the 1910’s and 1920’s, and her sister Natalie Talmadge was the first wife of Buster Keaton. The three sisters were abandoned by their drunken father Fred Talmadge while still young children. “We’re hungry!” they announced to him one Christmas morning when there was no money in the house, and no food in the icebox. “Okay, kiddies, I’ll go out and buy some hamburgers,” replied Fred, and he walked away from their Brooklyn apartment and never returned.

Peg Talmadge scraped by doing laundry, giving art classes, and selling cosmetics to raise her three daughters alone, but times were hard. She saw her opportunity one morning when a friend suggested that she use Norma’s stunning beauty to make three dollars a day modeling for the title slides in flickers which were shown in the early nickelodeons. She used that experience as a stepping stone for Norma and began to haunt the Vitagraph Studios near their home in Brooklyn, until Norma finally began to be placed in crowd scenes as an extra in early shorts such as “A Tale Of Two Cities” (1911 – a film which survives to this day). Meanwhile Norma’s younger sister Constance was being noticed as well whenever Peg brought both girls to the movie set. Connie’s first screen appearance was as second banana in a Vitagraph comedy short, “In Bridal Attire” (1914). Oddly enough, as both girls’ film careers grew in stature, there was never any professional jealousy between them; they were lifelong friends and supported each other through the good times and bad times. 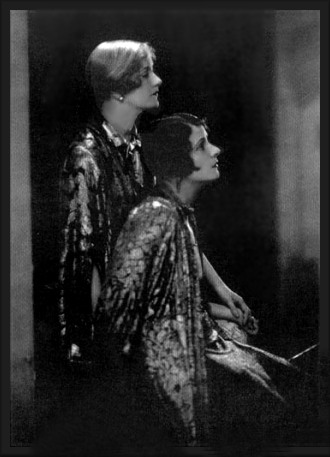 From her earliest film roles it was evident that Connie’s film forté was going to be comedy, whereas Norma’s would be drama. Connie’s eyes sparkled, she smiled and laughed frequently, and she was always coming out with witty one liners on the set which made the crew and fellow cast members laugh. Constance’s first major role (which still survives) was as The Mountain Girl and Marguerite de Valois in D.W. Griffith’s masterpiece “Intolerance” (1916). She followed that prestigious film with a series of light comedy features, including several opposite a favorite and frequent co-star Harrison Ford, such as “A Pair of Silk Stockings” (1918), “Happiness a la Mode” (1919), “Romance and Arabella” (1919), “Wedding Bells” (1921), and “The Primitive Lover” (1922). Connie worked for Paramount-Famous Players, and formed her own production company as well. She had a funny uncredited bit part in her brother-in-law Buster Keaton’s comedy classic “Seven Chances” (1925), as the girl driving a car who so distracts Buster that he crashes into a tree with his own car. She was also quite delightfully funny in another surviving comedy, “The Duchess of Buffalo” (1926) — which left the viewer with the distinct impression that Connie did not take sex seriously.

Constance prepared herself for the transition to sound, but Peg’s philosophy of getting the money first and then getting comfortable convinced both Norma and Constance to abruptly leave film stardom behind while they were still in top form as silent movie stars. Norma in fact appeared in a handful of early talkies, but Connie did not. While this decision preserved their mystique with the public, it was a loss to the sisters’ many fans. They both retired from public life and show business, and invested their earnings in real estate and other business ventures. Both sisters married several times – Connie four times – so between their film earnings and alimonies they were never financially insecure again. However both Connie and Norma did succumb to substance abuse and alcohol problems later in life, just like their father, and both became reclusive, shutting out former old friends and colleagues. When theatrical producer Leonard Sillman asked Connie to appear on Broadway in the 1960’s she jokingly replied, “Are you kidding? I couldn’t act even when I was a movie star!” Norma died in 1957 and Constance Talmadge died from pneumonia on November 23rd, 1973.

In 1978 writer Anita Loos published a memoir of Constance and Norma entitled “The Talmadge Girls.” She had written scripts for their film projects for several years in the 1910’s and 1920’s and was a confidante to Peg and the girls. A much earlier, and rarer, book was written by Peg Talmadge herself, published in 1924, no doubt to make money and increase the girls’ prestige during their most productive years as film actresses. It was entitled “The Talmadge Sisters: Norma, Constance, Natalie – An Intimate Story Of The World’s Most Famous Screen Family.”

It is a shame that so few silent films survive which showcase Connie and Norma’s acting talents; both girls were huge stars, and possessed an effervescent elegance on film, which is totally lacking in today’s crop of actresses making films in Hollywood.

Vintage Bio from “Who’s Who On The Screen” (1920): “Like her sister Norma, Constance Talmadge received her early education in Brooklyn, and began her screen career at the Vitagraph Studio when in her early teens. Her work attracted the attention of D.W. Griffith, and she was subsequently given the leading role in “Intolerance”, which immediately established her in the front ranks of film artists. She too, like Norma, formed her own Company, and Associated First National Pictures, Inc. acts as her releasing organization. She is the acknowledged peer of light comediennes and has had the most meteoric rise of any of the younger stars. Some of he highly successful comedies are: “A Tempermental Wife”, “Two Weeks”, “The Love Expert”, “In Search Of A Sinner,” and “The Perfect Woman.” 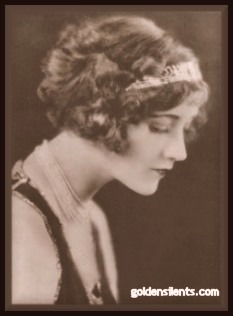 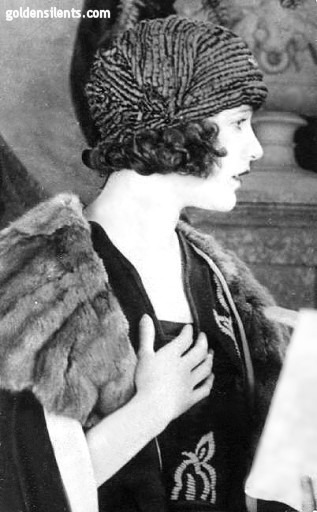 Connie Talmadge “Dutch” takes a break with her script 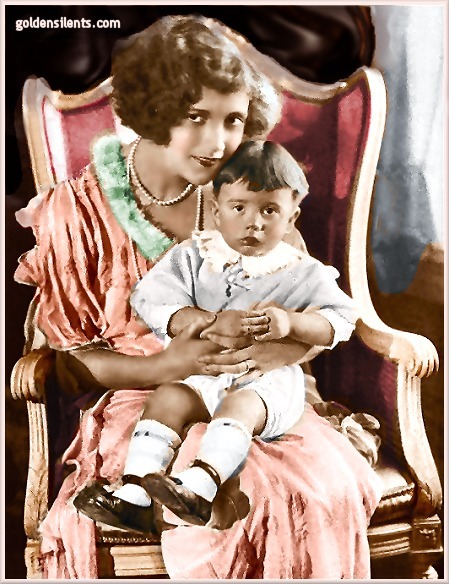 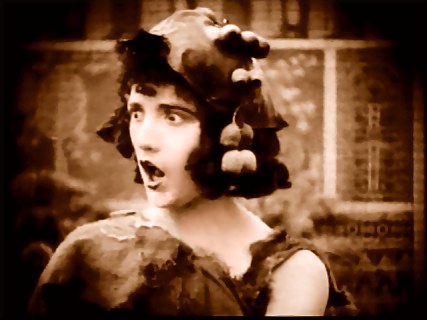