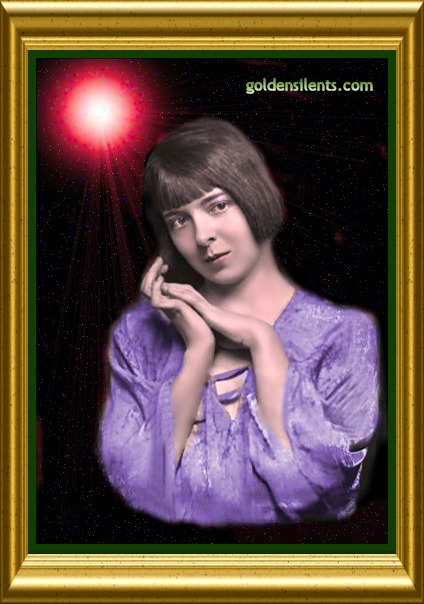 Cute as a button, silent screen star Colleen Moore was born Kathleen Morrison, on August 19th, 1900 in Port Huran, Michigan, into a secure and happy middle class family. Her family moved South to Tampa, Florida when she was a child. She was convent educated and studied piano at the famed Detroit Conservatory. Her interests gravitated from music to theatrical performing and she was able to get a foot in the door as a film actress in Hollywood with the help of her uncle Walter Howey, who was the editor of the Chicago Tribune and instrumental in getting censor clearances for two of D.W. Griffith’s masterpieces, “Birth of a Nation” (1915), and “Intolerance” (1916).

Colleen’s first starring role was as Annie in a very quaint and Victorian film version of “Little Orphant Annie” in 1918. Other early, impressive roles for Colleen were “The Busher” (1919) with Charles Ray and nineteen year old John Gilbert, “The Sky Pilot” (1921) with John Bowers, and “The Lotus Eater” (1921) with John Barrymore. In the early 1920’s Colleen cut her hair into a bob style which became popular overnight with millions of would-be flappers across America. During the next few years she would find fame playing these flapper type roles, performing especially well in various successful films such “Broken Hearts of Broadway” and “Flaming Youth” (both 1923), romantic comedies such as “Sally” (1925), “Irene” (1926), and “Ella Cinders” (1926), all opposite handsome Lloyd Hughes, “Twinkletoes” (1926), opposite Kenneth Harlan, “Orchids and Ermine” (1927), and “Lilac Time” (1928), opposite a young Gary Cooper. 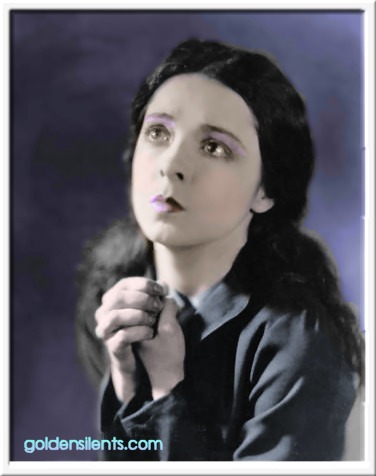 By 1927 Colleen was the top box-office draw in the US, drawing a salary of $12,500 a week. She did not waste her money, as so many other stars did, but invested it in real estate and the stock market. When her film career ended in 1934 she was independently wealthy and traveled around the world pursuing various projects and interests. She wrote several books, including fiction titles for children and a book on investing entitled “How Women Can Make Money in the Stock Market”. She designed and built a famous, huge dollhouse filled with miniatures, which can be seen today at the Chicago Museum of Science and Industry. She also published a book on the dollhouse. Colleen was married four times, divorced twice, and had no children. Her final marriage lasted until her death from cancer on January 25th, 1988. ~ Copyright © 2004 www.goldensilents.com

Vintage Bio from “Who’s Who On The Screen” (1920): “Colleen Moore was born in Port Huron, Michigan and attended the Convent of The Holy Name in Tampa, Florida, from which institution she emerged to start on her screen career which brought her in turn to Triangle, Fine Art, Ince, Selig, Paramount, Universal and other film companies. This little actress has done fine work in “Little Orphant Annie”, “A Hoosier Romance”, and with Charles Ray in “The Busher” and “The Egg-Crate Wallop.” She also played in a number of Christie Comedies in which she displayed her ability as a comedienne. She is an all-round athlete and spends much of her spare time swimming in the surf near the studios at Los Angeles. She is five feet three inches high, weighs a hundred and ten pounds, and has brown hair and brown eyes.”

Vintage Bio from “Stars of the Photoplay”(1930): “At ten, Colleen Moore organized an impromptu neighborhood stock company, playing principal roles from heroine to villain. Later, at the Essanay studios, after waiting for six months, she was given a small part that lasted three days. It was “Flaming Youth” that placed Colleen among the foremost screen stars, and she remained there by virtue of her splendid characterizations. As Kathleen Morrison she was born in Port Huron, Michigan August 19th, 1902, and is five feet 3, weighs 110, has dark brown hair, one brown and one blue eye. Married John McCormick in 1923.” 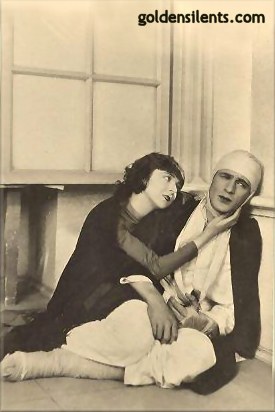 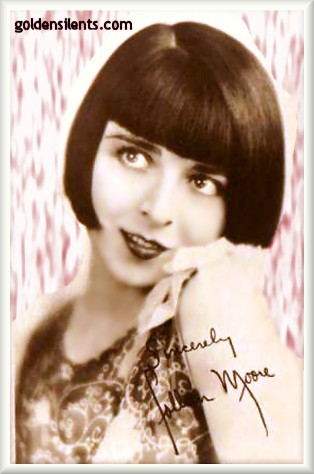 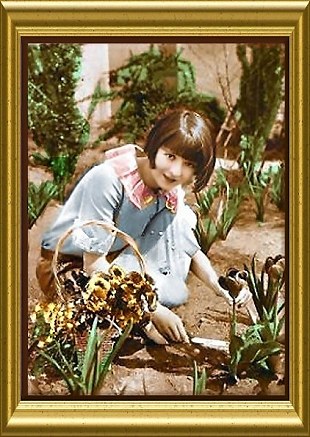 Colleen Moore, a lady of many interests, in her garden