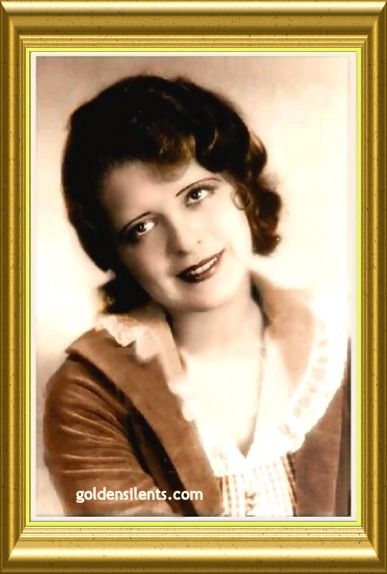 “The Brooklyn Bonfire” ~ “The It Girl”

The first real screen flapper of the 1920’s, Clara Bow (nicknamed “The It Girl” – “It” meaning sex appeal), was born Clara Gordon Bowtinelli in Brooklyn, New York on July 29th, 1905. Her father worked on and off as a waiter at Coney Island. Her mother was a mentally unstable semi-invalid, who tried to kill Clara rather than see her leave home to become an actress. At age sixteen Clara escaped her nightmarish home life and poverty by entering and winning a fan magazine beauty contest. When the New York – New Jersey studios at the time didn’t recognize her talents, she moved to Hollywood, and quickly found success. She started in small parts in 1922, but made an impression right away, and by 1925 she was so popular with the public that the studio rushed her through fourteen films in that one year alone. Clara’s first screen nickname was “The Brooklyn Bonfire.” Her film “Mantrap” (1926) made her a star, and made her rich for the first time in her life, although she continued to live in a modest bungalow and not a mansion, unlike other stars of the era.

The silent romantic comedy classic “It” (1927) was another huge success for Clara, and millions of shopgirls and waitresses across America began to imitate her style. Bow’s offscreen list of admirers included a young Gary Cooper, who had a small part in “It”, and director Victor Fleming. However by 1931 Clara was growing tired of scandals and the fast party life of Hollywood, and she married cowboy actor Rex Bell and had two sons, settling down to ranch life and domesticity. She made a few sound films in the early 1930’s, then retired from acting permanently after “Hoopla” (1933). Struggling with a weight problem and depression later in life, she never did manage to make an acting comeback. However Clara Bow’s sparkling movie performances, particularly in her silent films of the roaring 20’s, continue to capture the imagination of new generations of film fans; her legacy lives on. Clara Bow died from a heart attack on September 27th, 1965, in West Los Angeles, California. ~ Copyright © 2004 www.goldensilents.com 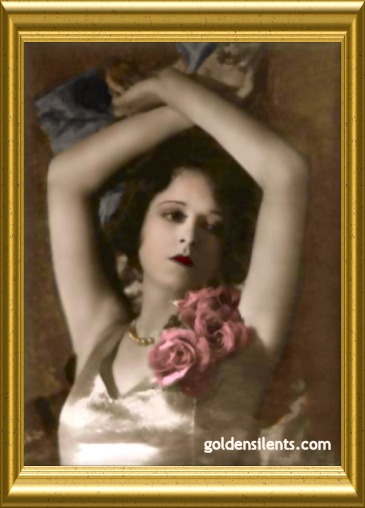 Clara Bow in a glamour shot, colorized by goldensilents.com 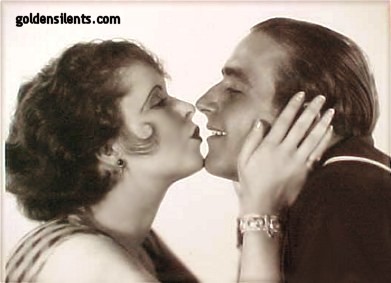