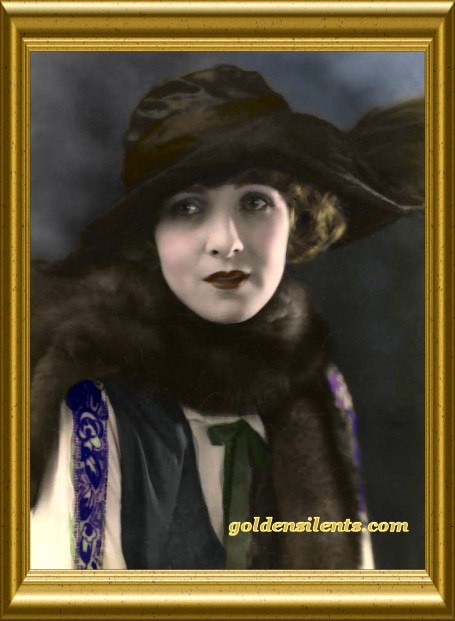 Silent film star Claire Windsor was born Clara Viola Cronk in Cawker City, Kansas on April 14th, 1892. Her mother was an artist, and young Clara inherited that talent and more, showing an early aptitude for drawing, singing, and dancing. The family moved to Topeka when she was young and she attended the preparatory school of Washburn College. Her beauty was always cause for comment, and throughout school she was chosen to play lead roles in school plays. She prepared herself for a singing career with an aim towards becoming an opera singer, but a horrible fall while roller-skating injured her larynx, and forced her to give up hope for a professional music career.

Young Clara had a very early marriage to a William Bowes which ended in divorce, but not before producing an infant son, christened Billy Bowes. She won custody of the boy, but needed to find a way to support him. She moved to Seattle, Washington with her parents and won a beauty contest. She took the advice of a friend that film work might be a successful way to advance herself and support young Billy. With no professional acting experience she moved to Los Angeles in the hopes of breaking into films. She managed to appear as an extra in 1919’s “Eyes of Youth”. Then she met pioneering female director Lois Weber, who changed her name to Claire Windsor and gave her a contract, mentoring her through several films. Claire starred in the Weber feature productions of “To Please One Woman” (1920), “Too Wise Wives” (1921) and “The Blot” (1921). She won the prestigious WAMPAS Baby award in 1922.

Screenplay pioneer Frances Marion nicknamed Claire “The Patrician Beauty” and indeed Claire often starred in roles as a society girl or princess. Making a name for herself under the contract with Lois, Claire went on to be given a starring role in Marshall Neilan’s “Fools First” (1922). Then Goldwyn cast her in “Grand Larceny” (1922) and her stardom was assured. She won a contract with M-G-M in 1924. Claire married the popular silent screen actor Bert Lytell in 1925, but the marriage only lasted two years. She never married again, but had a series of romances with stars such as Charles Chaplin and Charles Buddy Rogers. Upon the advent of sound films Claire played smaller roles throughout the 1930’s. Her last film was in 1946. In later years Claire concentrated on stage work and painting, showing professionally but often generously giving away her artwork to friends as well. Claire Windsor died of heart failure in Hollywood on October 23rd, 1972. ~ Copyright © 2004 www.goldensilents.com 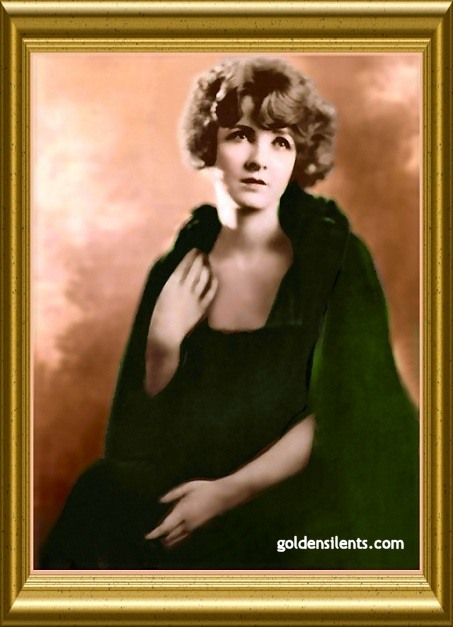 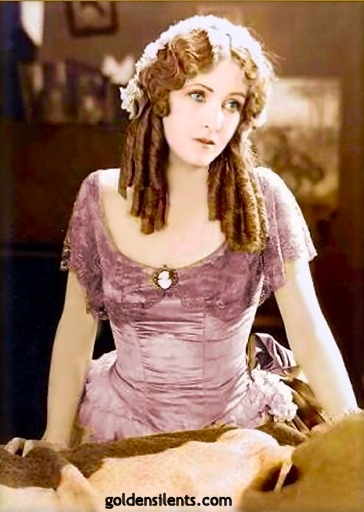