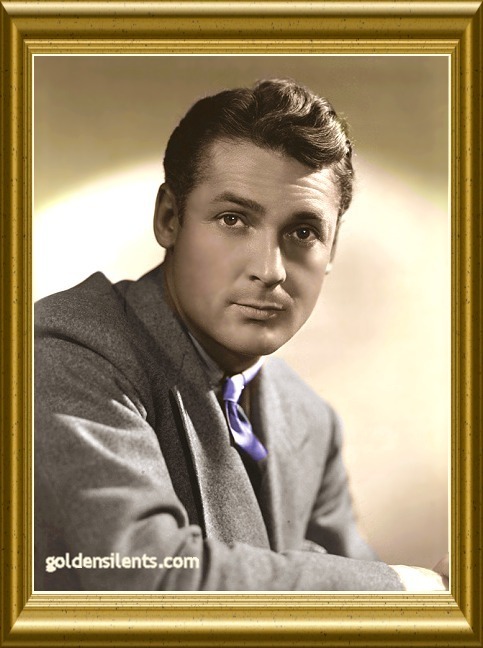 Gentlemanly silent screen star Charles “Charlie” Farrell was born in Onset Bay, Massachusetts on August 9th, 1901, and came to a film career after stage work preparation. Extremely handsome, tall (6 feet, 2 inches), and athletic, with an almost graceful elegance combined with masculine, All American sex appeal, Charlie made a hit pretty quickly in the movies, first in a successful, critically well received film called “Old Ironsides” (1926 – surviving), and second, when paired with the lovely and petite actress Janet Gaynor. Charles and Janet were cast together in several memorable films, starting with the romance classic “Seventh Heaven” (1927), and continuing with “Street Angel” (1928), among others. Their last silent film together was the masterful “Lucky Star” (1929), in which Charles plays Tim, a good man struggling with life in a wheelchair after being wounded in World War One. His performance was poignant and unforgettable.

When the sound era began Charlie was again teamed with Janet Gaynor successfully, particularly in the early musical hit “Sunny Side Up” (1929), in which both charmingly sang – or should I write tried to sing – for the first time onscreen. Another hit for Charles Farrell was F.W. Murnau’s “City Girl” (1930), now a neglected classic. Both silent and early talkie versions were made, but only the silent version has survived. Charles retired from acting for awhile during the 1940’s. He partly owned, and was active managing, the Palm Springs Racquet Club, which he cofounded with fellow actor Ralph Bellamy. When television increased in popularity during the 1950’s, Charles began to act again, starring in the successful television shows “My Little Margie” (1952), opposite Gale Storm, and in his own “The Charlie Farrell Show” (1956). Charles was happily married to actress Virginia Valli, who also started as an actress in silent films, from 1932 until her death in 1968. He did not remarry. Charles Farrell died on May 6th, 1990 of a heart attack, in Palm Springs, California. ~ Copyright © 2004 www.goldensilents.com

Vintage Bio from “Stars Of The Photoplay” (1930): “Facing parental opposition in the matter of a screen career, Charlie Farrell worked his way from Cape Cod to Hollywood, doing any acting job that would give him enough money to travel further Westward. His first picture was “Sandy”, which was followed by “Old Ironsides” and “The Rough Riders.” Co-starred with Janet Gaynor in “7th Heaven”, they were a sensation and the team continued through several other pictures. Charles was born in Onset Bay, Mass., in 1901, is 6 feet, 2 inches tall, weighs 170, and has brown hair and eyes.” 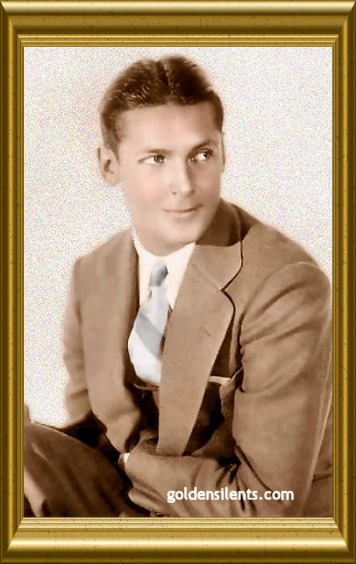 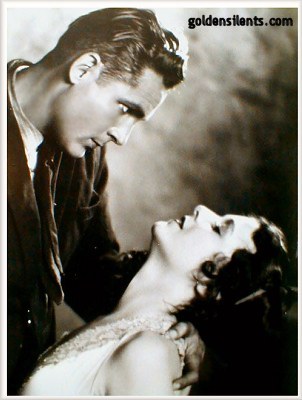 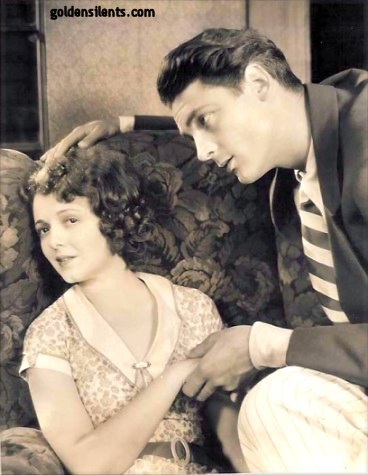 Charles Farrell comforting Janet Gaynor, his greatest screen partner, in “Sunny Side Up” (1929) 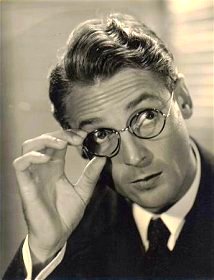 “The better to see you with, my dear.”