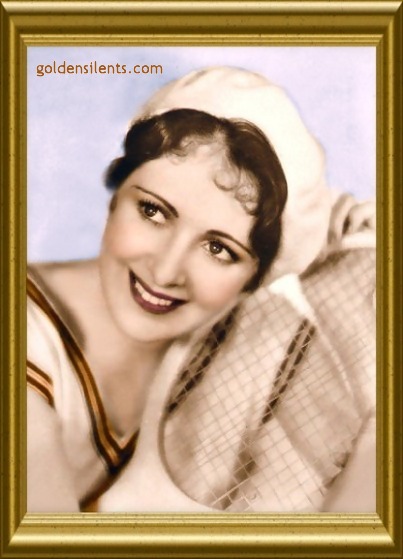 Stunningly beautiful silent screen star Billie Dove was born Lillian Bohny in New York City on May 14th, 1903 to Swiss immigrants and she was educated in private schools. She became a model early in life and was featured on the covers of many magazines. Billie knew from childhood that she wanted to be an actress and she wasted no time in pursuing her goal. At the age of fourteen Billie was featured in the Ziegfeld Follies, and at age sixteen in The Midnight Revue. She played bit parts in the films produced at the early studios at Fort Lee, New Jersey. At age nineteen she had her first Hollywood contract with Metro, and soon appeared with Constance Talmadge in “Polly Of The Follies” (1922), her first successful picture. Billie’s roles were mainly decorative in the early years, but female director Lois Weber gave Billie some choicer roles to play in some of her better scripted films for Universal, and director Alexander Korda provided the same for films with First National. Hollywood nicknamed Billy Dove “The American Beauty.” She married director Irvin Willat in 1923; they were divorced in 1929. Billie also had a romantic liason with Howard Hughes in the early 1930’s, then she married rancher and real estate developer Robert Kenaston in 1933, a marriage that lasted until 1970. They had two children, a son and a daughter. Billie was also a talented singer, and the famous Billie Holiday switched her own first name to Billie from Eleanora in deference to her idol. Multi-talented Billie was also a poet, a painter, and an airplane pilot. She transitioned to sound pictures smoothly, but chose to retire in 1934 to raise her family. Billie died from pneumonia on December 31st, 1997 in Woodland Hills, California. ~ Copyright © 2004 www.goldensilents.com 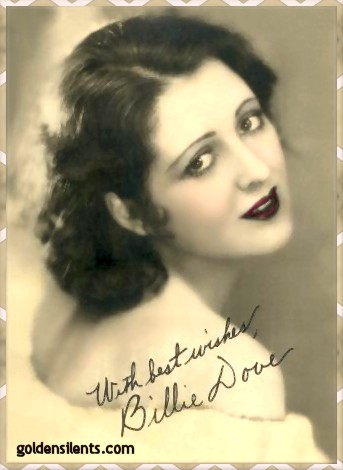 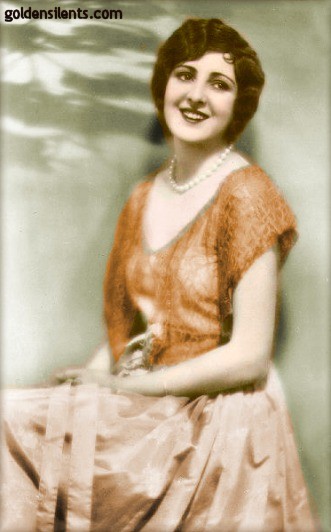 Actress Billie Dove on a photoshoot