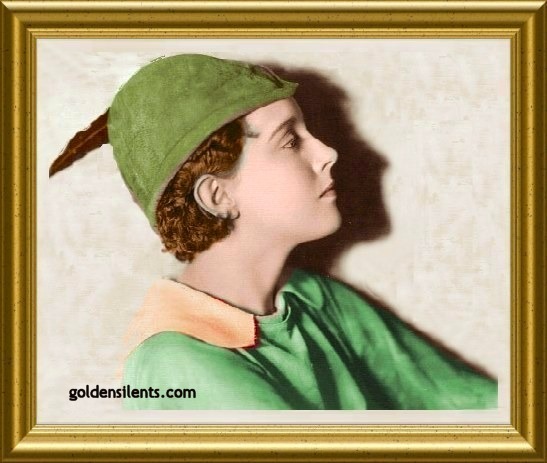 Hollywood’s first Peter Pan, silent screen star Betty Bronson, was born Elizabeth Ada Bronson in Trenton, New Jersey, on November 17th, 1906. She attended East Orange High School and St. Vincent’s Academy in Newark. Betty entered pictures in 1922, and her big chance came two years later, when she was handpicked to play the lead role in Paramount’s “Peter Pan” (1924) by the author of the novels and play James Matthew Barrie. The film was a blockbuster hit and created Betty Bronson fan clubs across America. After “Peter Pan” Betty was cast in wholesome teenager roles, including films such as “Are Parents People?” with Florence Vidor and Adolphe Menjou, and “A Kiss For Cinderella” (1925). Betty caused a sensation when she appeared as Mary, the mother of Jesus Christ, in the most expensive silent film ever made “Ben Hur: A Tale of the Christ” (1925). Her beautiful sequences were filmed in early Technicolor. By 1926 however the public’s tastes had changed; the innocent virgin types on film were being supplanted by the naughty flappers, who raised their hemlines, smoked, and danced the night away. Betty’s stardom began to wane. Sound came in and Betty briefly resurfaced and showed off her singing talent in the early talkie-musical “The Singing Fool” with Al Jolson (1928). Paramount’s attempt to turn Betty into a flapper just didn’t work very well, and Betty retired from the screen in 1933 when she married Ludwig Lauerhass. Betty and Ludwig had a son, Ludwig Lauerhass, Jr. She did occasional stage roles over the next few decades, and she reappeared briefly in cameo roles in films of the 1960’s. She also did some television spots in popular shows like Marcus Welby, MD. Betty was involved in several charity works as well, and even worked in a factory to support the war effort during World War Two. Betty Bronson died in Pasadena, CA in 1971 after a long illness. She was a wonderful talent and will long be remembered fondly as one of the most impressive and classy actresses of the silent screen era. ~ Copyright © 2004 www.goldensilents.com 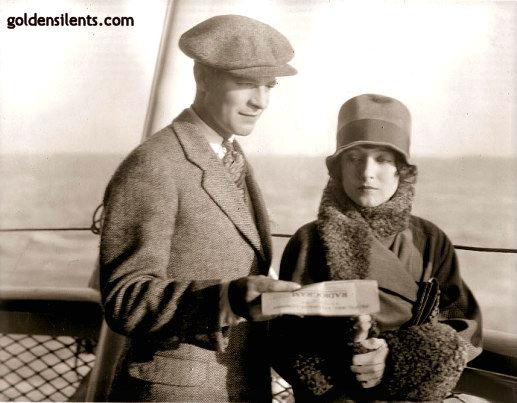 Betty Bronson with Lawrence Gray in “Everybody’s Acting” (1926)
Lawrence also starred with Betty in “Are Parents People?”,
one of the first films to explore the effects of divorce upon children