Handsome silent star leading man Antonio (“Tony”) Moreno, born Antonio Garride Monteagudo in Madrid, Spain, on September 26th, 1887, started his motion picture career in the early silent era, generally playing romantic and ‘Latin lover’ types opposite all the top female stars of the period, including Mary Pickford, Blanche Sweet, Lillian and Dorothy Gish, Norma Talmadge, Colleen Moore, Greta Garbo, Pola Negri, Clara Bow, Billie Dove, and Gloria Swanson. Early in his career he also played in serials opposite Pearl White, and found he liked the constancy of the work and the regular paycheck. Moreno’s acting career continued into the sound era, and he worked through the 1950’s at his craft. Tony was married once, to heiress Daisy Canfield Danziger; the marriage lasted ten years during the 1920’s and 1930’s, and ended on friendly terms, shortly before Daisy was tragically killed in a car accident, her vehicle plunging two hundred feet off Mulholland Drive. During their marriage Antonio and Daisy built one of the biggest mansions in Hollywood (pictured below), on one of its highest hills, on land given to Daisy by her wealthy father. The couple called their home “Paramour”, and entertained lavishly. Antonio Moreno died of heart failure on February 15th, 1967. His career had spanned more than forty years. ~ Copyright © 2004 www.goldensilents.com

Vintage Bio from “Who’s Who On The Screen” (1920): “Antonio Garrido Monteagudo Moreno is the full name of the popular Tony. He was born in Madrid in 1887 and came to America when he was fourteen. After leaving school he went on the stage with Mrs. Leslie Carter, Tyrone Power, Constance Collier, and William Lackaye. Tony then answered the lure of the screen and went to the Vitagraph company to play leads, later being starred in serials. His two latest were The Invisible Hand, and The Veiled Mystery. He is a typical Spaniard in appearance: rich olive complexion, flashing black eyes and black hair. He is about five foot eight inches in height and weighs about a hundred and seventy pounds. Mr. Moreno is an expert swimmer and tennis player. He keeps in condition by training at the Los Angeles Athletic Club.”

Vintage Bio from “Stars Of The Photoplay” (1930): “Antonio Moreno, as a young man working for the Northhampton Electric Light and Gas Company, was sent to a theater where Maude Adams was rehearsing in “The Little Minister,” to fix the lights. He applied for work and was given a small part. This started his theatrical career. He was born in Madrid, Spain, September 26th, 1887. His full name is Antonio Garride Monteagudo Moreno. He has dark brown hair and eyes, weighs 170 pounds, and is 5 feet, 10 inches tall. He is married to the former Daisy Canfield.”

To read more about Tony Moreno, click HERE (319 kb) to see a vintage page on his career from 1924’s “Blue Book Of The Stars” 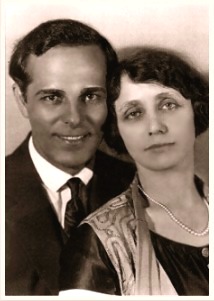 Antonio Moreno and Pola Negri in “The Spanish Dancer” (1923) 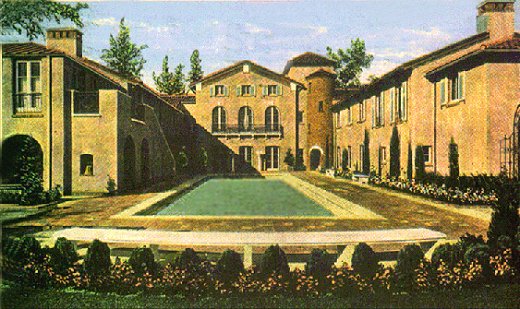 Paramour, the estate of Antonio and Daisy