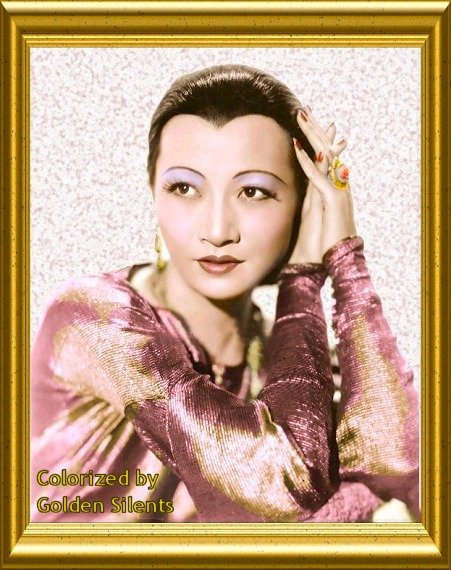 Anna May Wong was born Wong Liu Tsong (“Frosted Yellow Windows”) on January 3rd, 1905, the Chinese-American daughter of a Chinatown laundryman. She became fascinated with the ‘flickers’ at a young age and loved watching Hollywood film crews shooting on location in Chinatown’s streets. She first appeared onscreen as one of five hundred extras in Nazimova’s “The Red Lantern” (1919); after choosing two western names for her professional pseudonym, it would be two years before she would receive her first screen credit, playing bit parts in films with Sessue Hayakawa, Colleen Moore, and Priscilla Dean. In 1921 Anna co-starred in “Bits of Life” with Lon Chaney under the direction of Marshall Neilan, receiving her first screen credit; sadly, “Bits of Life” is a lost film. She next appeared with John Gilbert in “Shame” for Fox Films, also in 1921, and got her first big break the following year when she was chosen to star as the deserted mother in “The Toll of the Sea”, a version of the Madame Butterfly tale and the first true Technicolor film to be made in Hollywood. The film garnered much attention and proved profitable, but the following year saw her securing supporting roles only in Tod Browning’s “Drifting” and a western, “Thundering Herd”, both for Universal. 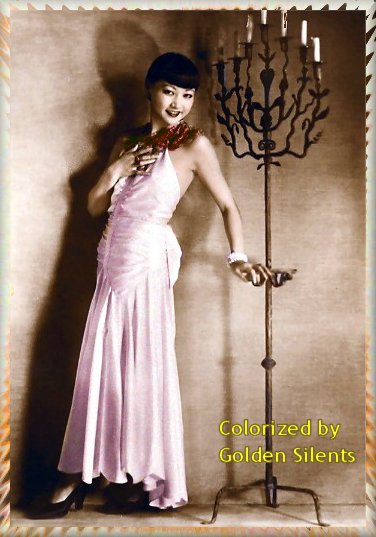 In 1924 Anna May was cast by Douglas Fairbanks as the Mongol Slave in his Arabian Nights fantasy “The Thief of Bagdad” after he had seen her in “Toll of the Sea”; though she was memorable in this pivotal role it led to no offers for leads. She worked continually in everything from a serial, Pathe’s “The Fortieth Door” (1924) to two-reel comedies for Hal Roach. She also secured roles as Tiger Lily in “Peter Pan” (1924), “Old San Francisco” (1927), Raymond Griffith’s “Forty Winks”, “Mr. Wu” (1927) with Lon Chaney, and “Across to Singapore” (1928). She also appeared in a Chinese ‘race’ film, “The Silk Bouquet”, released in June 1926; the following January the film was renamed “The Dragon Horse” and subsequently disappeared.

For years Anna May had been frustrated with Hollywood’s practice of casting white actors in ‘yellowface’ instead of true Asians in Oriental roles; when she was cast in a supporting role to Myrna Loy as an Asian in “The Crimson City” (Warner Bros., 1928) the twenty-three year-old Anna May left Hollywood to work in the European film industry. She immediately received top billing in the German films “Show Life/Song” (1928) and “City Butterfly” (1929). Moving to Britain, she made her most memorable, and final silent film, “Piccadilly” (1929) directed by E.A. Dupont, playing a restaurant dishwasher who rises to stardom as the club’s featured dancer. She made “The Flame of Love” (1930) in Britain before returning to Hollywood in 1931 to star in “Daughter of the Dragon” with Sessue Hayakawa; her next role was Hui Fei in Josef von Sternberg’s “Shanghai Express” (1932), her most memorable sound film.

In 1936 Anna May was rejected for the role of Olan in “The Good Earth” after extensive testing and the part was given to Caucasian Austrian Luise Rainer, who would win an Academy Award for the role.

Anna May went into semi-retirement in 1943, not appearing again until a minor role in the film noir “Impact” (1949), some television guest spots, and her final screen appearance as Lana Turner’s housekeeper in “Portrait In Black” (1960). Later that year Ross Hunter cast Anna May in the musical “Flower Drum Song”. However Anna May became ill that December and was replaced by Juanita Hall. For the next six weeks Anna May was under constant doctor’s care; on February 3 1961 Anna May Wong died of a massive heart attack.

With a complexion described as ‘a rose blushing through old ivory,’ Anna May Wong was the first Chinese-American actress to attain prominence in cinema. – Biography Copyright © 2007 by Kyle L. from the Golden Silents Message Board 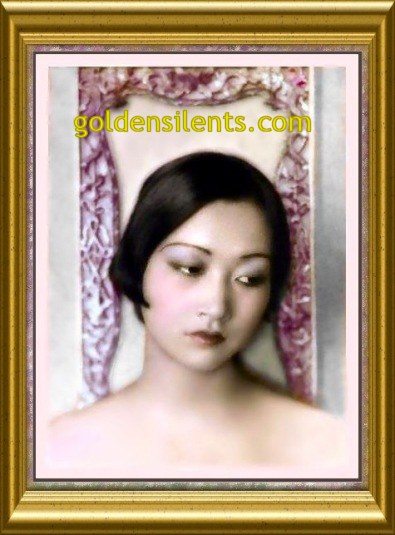 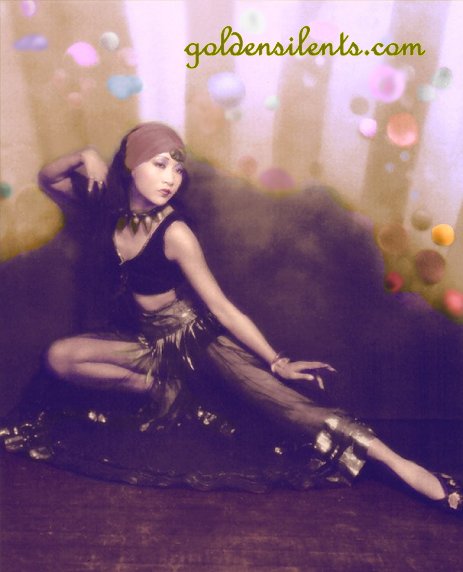 To learn more about Anna May Wong, visit her profile on The Internet Movie Database