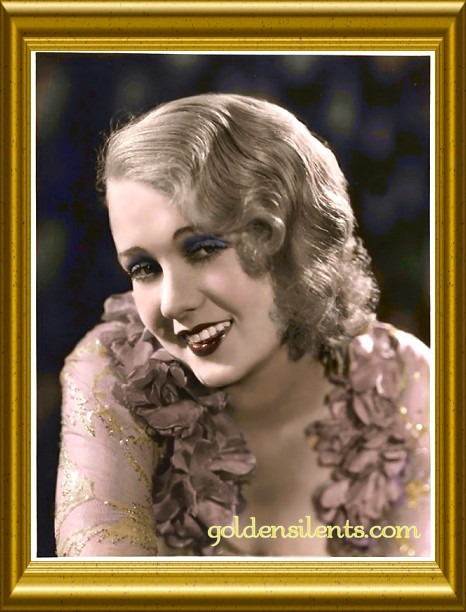 “The Girl With The Most Beautiful Face In Hollywood”

Film actress and blonde starlet Anita Page is one of the last actresses from the silent era still alive as of this writing (update: Anita Page died at age 98 on September 6, 2008).

She was born Anita Pomares on August 4th, 1910 in Flushing, New York, to Helen and John Pomares. Her father ran an electrical contracting business. Anita attended Washington Irving High School in New York. She began her film career in New York in 1925 with a small role in “A Kiss For Cinderella”, starring Betty Bronson. She went to Hollywood with a movie unit that dissolved upon her arrival there.

She then made the rounds of the studios, secured a screen test with Famous Players-Lasky and was successful, playing a bit part in “Love ‘Em and Leave ‘Em” (1926). Eventually she was offered a long-term contract at M-G-M. The film “Telling The World” (1927) was her first M-G-M picture, co-starring William Haines. She then played opposite Lon Chaney in “While The City Sleeps” (1928). Her lead role opposite Joan Crawford in “Our Dancing Daughters” (1928) rocketed Anita into super stardom. She received rave reviews for her role in the film, and began receiving more fan mail than any other star except Greta Garbo, over 10,000 letters a week including fan letters and a long distance marriage proposal from Italian dictator Benito Mussolini.

Her next two films were “Navy Blues” (1929) opposite Haines, and “The Flying Fleet” (1928) opposite Ramon Novarro. Anita later claimed that Ramon proposed marriage to her on the set of this film but that she turned him down. She looked gorgeous in this film, so it sure sounds plausible to me, although it would have been a publicity marriage in name only since Ramon was homosexual. 1929’s “Our Modern Maidens” (1929) gave Anita another chance to shine again in a silent picture; she delivered an incredible performance. Her last silent film was with Bill Haines once again, in “Speedway” (1929).

By late 1929 talkies had replaced silents and Anita Page was cast by M-G-M in their very first “all-talking, all-dancing, all-singing” musical, “The Broadway Melody” (1929). The film was a huge success, although crude technically by today’s standards, and it broke all records and won the Academy Award for Best Picture that year. The song “You Were Meant For Me” was written for Anita Page by Nacio Herb Brown, who went on to become Anita’s first husband (the marriage was annulled within a few months), and it was sung to her in two different films, “The Broadway Melody” and “Hollywood Review of 1929.” The song became a number one hit and remained her theme song throughout the rest of her career. This romantic song is perhaps best identified today with Gene Kelly’s “Singin’ In The Rain” (1952), but it originated with Anita. 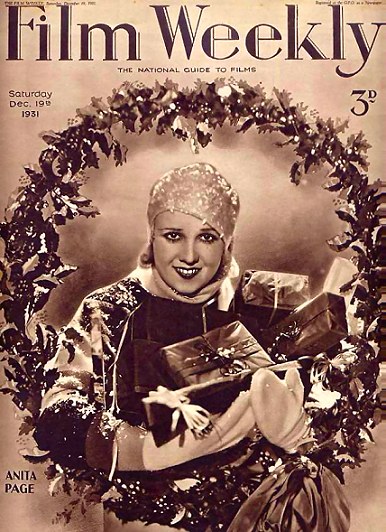 By 1933 Anita had starred in thirty-four films opposite some of Hollywood’s greatest stars. Her M-G-M contract was up and she announced her retirement as a motion picture star. She lived in Coronado, California for more than forty years with her husband of fifty-four years, retired Admiral Hershel House. She had fallen in love with Coronado in 1929 when she was filming “The Flying Fleet” at the Hotel del Coronado. They had two daughters together, Linda and Sandra. Her husband died in 1991.

In the last few years, though she was very elderly, Anita performed once again on screen in various film projects, mostly small roles in independently produced horror films. She received a standing ovation before a full house while attending a screening of the 1929 Best Picture Winner “The Broadway Melody”, on May 13th, 2002 at the Academy of Motion Picture Arts and Sciences’ 75th anniversary celebration.

Anita Page was a real Hollywood survivor and trooper. May she rest in peace. ~ Copyright © 2004-8 www.goldensilents.com