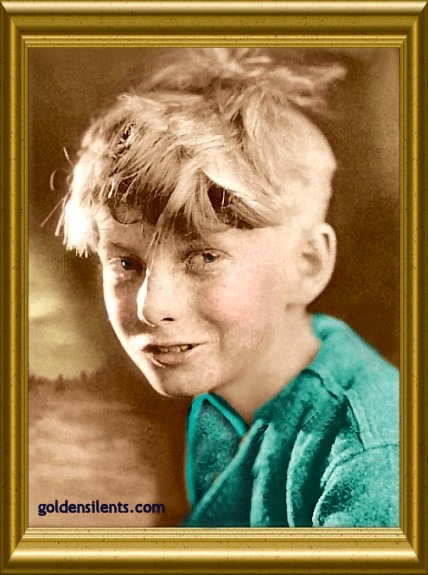 Adorable, freckle-faced child silent film star Wesley Barry was born in Los Angeles, California on August 10th, 1907, and had a normal, middle class childhood….until he began to appear in bit parts in local vaudeville shows and in motion pictures at studios just a stone’s throw from his home in L.A. At first his acting in pictures didn’t make a dent, mainly because in the earliest days of the movies anything which was considered a facial defect was covered up with lots of greasepaint, and Wesley’s face had always been filled with freckles. It took famous director Marshall Neilan to see something special about the boy, some flash of humor, some extra personality trait which had previously been hidden under all that makeup. He gave Wesley a contract with his production company and began grooming him for stardom, placing him in front of the camera with no makeup, his reddish mop of hair sticking straight up, uncombed. Suddenly Wesley began to stand out from the crowd of “pretty boys” which the studios had favored previously. He began to get lots of fan mail and the studios took notice. Wesley did become a star for a time in his own right. He was tutored on sets and graduated from Los Angeles High. 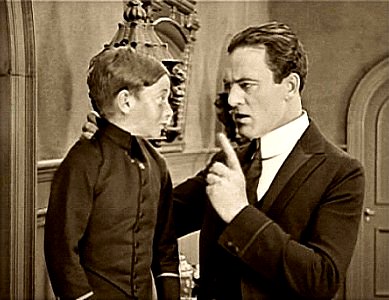 Silent film fans today would most readily recall Wesley playing opposite Mary Pickford in the orphanage scenes in the beginning of “Daddy-Long-Legs” (1919), and as the snoopy servant Buttons, who peers giddily through a bedroom keyhole to see the beautiful Gloria Swanson asleep in her nightgown, before he is caught by the butler Crichton, in Cecil B. DeMille’s “Male and Female” (1919). He also made an impression at the time in Marshall Neilan’s film version of “The Lotus Eater” (1921 – a lost film), opposite John Barrymore, and in Neilan’s “Penrod” (1922), based on the Booth Tarkington novel. He went on to make a series of films for director William Beaudine and Warner Brothers. This writer feels that Wesley would have made the perfect Tom Sawyer, and why no one in Hollywood at the time thought of this is perplexing indeed. Wesley was married once, to Julia Wood, in 1926. Audiences watched Wesley grow up on screen; he made some minor film appearances in sound movies through the 1930’s, and his last film appearance was in 1943. Wes became a director and producer of B movies throughout the 1950’s. He directed his last film in 1962. He died on April 11th, 1994 in Fresno, California.

Vintage Bio from “Who’s Who On The Screen” (1920): “Wesley Barry, juvenile star of Marshall Neilan Productions, was not a model school boy. ‘Wes’ was a stranger to clean white collars and cuffs and the gentleness of good little boys’ black suits. He was ‘the barefoot boy with the face of tan’ – plus freckles and ragged knee trousers. To-day at the age of twelve he is well on the road to fame, and those who remember him in ‘Daddy Long Legs’ and other Neilan pictures, know the talent this kid possesses. Wesley Barry was born in Los Angeles and previous to his screen debut was in vaudeville and stock. In the title role of Booth Tarkington’s ‘Penrod’ stories the boy is expected to achieve his right to the title of motion picture star. He is five feet, three inches high, weighs a hundred and ten pounds, and has reddish-blond hair and blue eyes.” 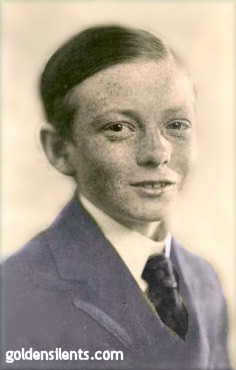 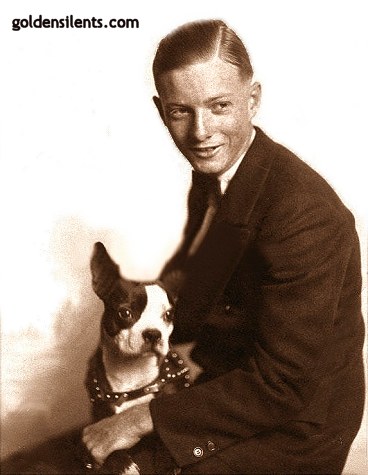 Silent film actor Wesley Barry as a teenager…he looks a little like my nephew Kevin! 🙂