The Dresden Doll of the Movies”

This silent film child star turned flapper, Virginia Lee Corbin, was born Virginia LaVerne Corbin in Prescott, Arizona, on December 5th, 1910 to Leon and Frances Corbin. She first entered pictures at the tender age of five years, although her mother had shaved two years off her birth date, portraying little Virginia as three years old to the studios. After making a favorable impression in her first film performances, Virginia was put under contract to Fox in 1917, and made some very popular kiddie features, such as “Jack and the Beanstalk”, “Aladdin and His Wonderful Lamp,” “Treasure Island,” (all 1917) and “Babes in the Woods” (1918). In 1921 Virginia began freelancing for different studios after her Fox contract expired. She worked for Metro, Universal, Famous Players-Lasky, Thomas Ince, among many others, and in between films she made appearances in vaudeville shows and did some modeling as well. As Virginia aged she began to appear in more Roaring Twenties style films, showcasing the new sexual revolution of young women obtaining jobs, raising their skirts to knee level, and smoking. The most provocative and memorable of these films was “Bare Knees” (1928 – surviving), the quintessential flapper movie of the jazz era, which has Virginia coaching a ladies’ softball team with – horrors! – short shorts on. Today this looks like normal attire to us, but back in 1928 it was definitely considered risque, at a time when most women were not wearing pants, let alone shorts. Virginia was equally at home doing comedy and drama, and often combined the two with particular effectiveness in her performances. However by the beginning of the sound era her film career was winding down. She made a number of films early talkie films through 1931, then retired from the screen to marry and have children. She married broker Theodore Elwood Krol in 1929 and had two sons, Robert and Philip. The marriage ended in 1937 and, sadly, Virginia lost custody of her two boys. Shortly after the divorce, Virginia married Chicago broker, Charles Jacobson, a marriage that lasted until her premature death from tuberculosis on June 4th, 1942 in Winfield, Illinois. Virginia Lee Corbin was yet another child star, like Jackie Coogan and Baby Peggy, who had the majority of her earnings made in the 1920’s spent by her mother. Thereafter The Coogan Bill, passed in the 1930’s, prevented these kinds of parental abuses, but it was too late for Virginia. ~ Copyright © 2004 www.goldensilents.com 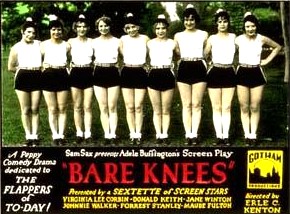 One of the more popular “flapper” movies made during the 1920’s
This photo may seem normal now, but back in 1928 it was still daring to see
women in shorts, especially when playing sports 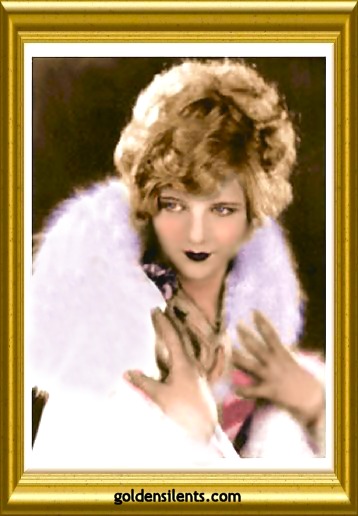