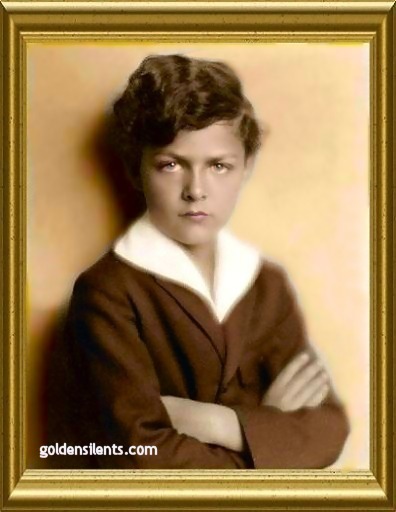 Philippe De Lacy was the Freddie Bartholomew of the silent movie era, but if anything, his physical appearance was more stunningly beautiful than young Freddie’s, who was popular for a few short years during the 1930’s. Little Philippe was born on July 25th, 1917 during a World War One air raid in Nancy, France, in which his mother was tragically killed. He was adopted by Mrs. Edith De Lacy, who was associated with the U.S. Woman’s Overseas Hospital. After the war ended, Mrs. De Lacy brought Philippe to America, where his beautiful boy looks soon created opportunities for him as a model for magazine advertisements. His modeling assignments brought him to the attention of Hollywood, and he appeared in his first film in a bit part at the age of four. Philippe freelanced for several studios in the 1920’s, but mostly for Paramount. In 1924 he played the role of Michael Darling in the classic silent version of “Peter Pan”, opposite Betty Bronson. He played the young Don Juan at ten years of age in John Barrymore’s “Don Juan” (1926). In 1927 he played the young prince Karl Franz in Ernst Lubitsch’s memorable “The Student Prince in Old Heidelberg”, which also starred Ramon Novarro and Norma Shearer. Also in 1927 he starred with Greta Garbo and John Gilbert in “Love”, an updated version of the Tolstoy novel “Anna Karenina.” In this film he played the young son of Anna, Serezha Karenin, with pathos and sweetness. When the sound era arrived Philippe’s acting career was declining and he retired from the screen in 1931. For many years thereafter he concentrated on the production end of films and was a producer and director with Cinerama Corporation. Philippe De Lacy died from cancer on July 29th, 1995 in Carmel, California. 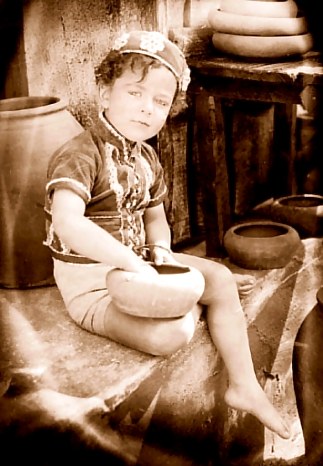