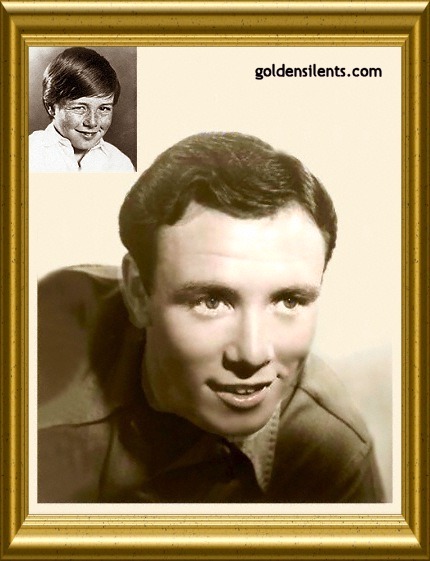 One of a handful of silent film stars alive as of this writing, Frank Coghlan Jr., child star of the silents, was born March 15th, 1916 to a railroad clerk and his wife, in New Haven, Connecticut. He moved with his parents while still a baby to California. At first his mother didn’t want to see Frank perform in the movies, but eventually all three family members did extra work in silent pictures, with Frank starting at the tender age of three years. Frank’s father was working his way through chiropractic school and the extra income they earned from bit roles in films helped fund this goal. Freckle faced “Coghlan Jr.”, as he was often called, was soon one of the era’s most popular child actors. Director Cecil B. DeMille called Frank “the perfect homeless waif”, signing him to a five-year contract. By the age of ten Frank was appearing in feature films with some major stars, including Charles Chaplin, Pola Negri, William Haines, and others. 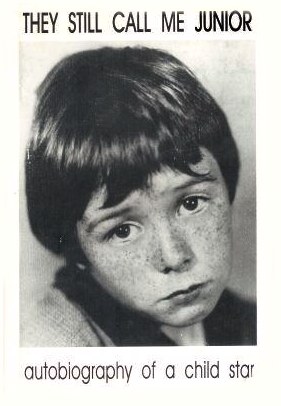 With the advent of sound (and adolescence) Frank was reduced to smaller roles. He was co-starred with fellow child actor Leon Janney in “Penrod and Sam” (1930), and played James Cagney as a boy in “Public Enemy” (1931). He appeared as a collapsing Confederate soldier after the burning of Atlanta in “Gone With The Wind” (1939). After starring in the popular serial “Adventures of Captain Marvel” (1941), Frank became a Naval aviator in World War Two. He later headed the Navy’s motion picture cooperation program, acting as liaison between the Navy and the Hollywood studios, including working as communications liaison with the makers of “The Caine Mutiny” (1954) and “The Bridges of Toko-Ri” (1955). When his 23 year active duty stint ended in 1965, he returned to acting in movies and on television, where he had a supporting role in the pilot of the comedy series “Mr. Terrific”. He wrote his autobiography titled “They Still Call Me Junior”, published in 1992, because “my kids just kept bugging me to do it”. Frank does an occasional television commercial, and is a popular figure at movie and early television conventions where, to the ongoing amazement of the aged “Junior”, his fans still line up to meet “Captain Marvel’s” alter ego. ~ Copyright © 2004 www.goldensilents.com 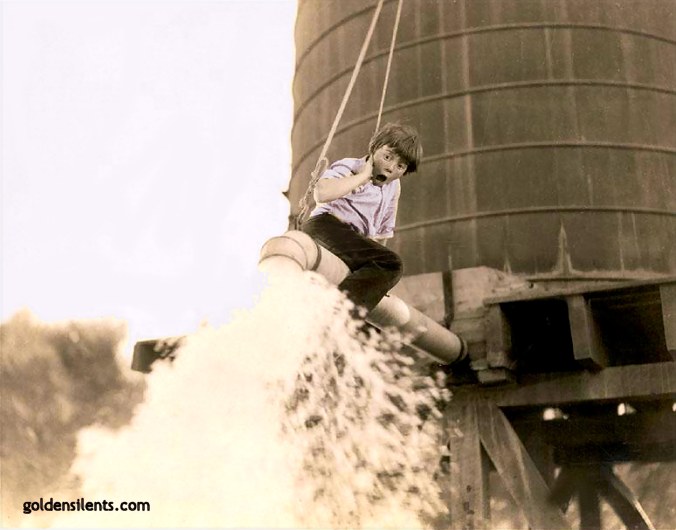 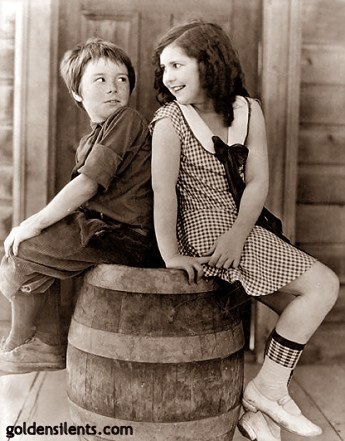 Frank Jr. Coghlan shows off his freckles to “Baby” Muriel McCormac in “The Skyrocket” (1926)
which also starred the 1920’s celebrity Peggy Hopkins Joyce 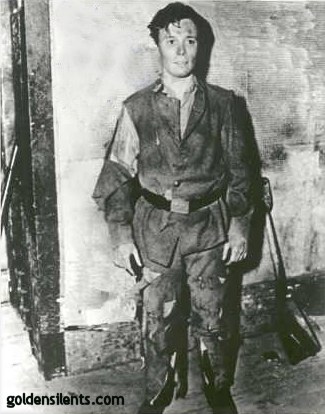 Frank as a young man, playing a Confederate soldier in “Gone With The Wind” (1939)