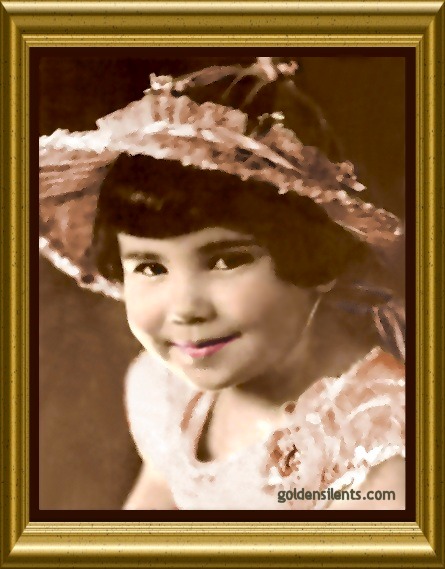 One of the silent era’s most popular child stars, Baby Peggy was born Margaret (“Peggy Jean”) Montgomery on October 26th, 1918 in Merced, California to a show business family. Her father Jack Montgomery was a cowboy and a stuntman in early films, and was the double for cowboy star Tom Mix. At age three Peggy was signed by the Century Film Corporation to appear almost exclusively in their shorts and their feature films, although she was occasionally loaned out for other productions, such as Marshall Neilan’s “Penrod” and “Fools First” (both 1922), or to Universal in the successful feature “The Darling of New York” (1923). Baby Peggy was the silent child star precursor to sound era child star Shirley Temple of the 1930’s; for instance, Peggy made the first film version of “Captain January” in 1924, and Shirley appeared in the remake a decade later. Many of Baby Peggy’s popular comedies were parodies of movies which older stars had made, in which she imaginatively imitated such famous screen actresses as Mary Pickford and Pola Negri. After the advent of sound Peggy appeared in several smaller roles during the 1930’s, and then retired from the screen in 1939.

Peggy was married twice and divorced once. Her second marriage took place in 1954 to Bob Carey, and she had a son named Mark. Most recently she has written a number of interesting autobiographical and biographical books, under the pen name Diana Serra Cary, about early Hollywood history and its child stars, including, “The Hollywood Posse”, “Hollywood’s Children”, and a new biography on Jackie Coogan, entitled “Jackie Coogan: The World’s Boy King: A Biography of Hollywood’s Legendary Child Star”. Her own autobiography “Whatever Happened to Baby Peggy?” was published in 1996. Sadly, like Jackie Coogan, Peggy had most of her earnings depleted by her parents, and she could never recover economically in her later years. This abusive problem was fixed by the “Coogan Law”, passed in the 1930’s, which required that a trust fund be set up for every child actor in America, so that they could have their earnings protected. ~ Copyright © 2004 www.goldensilents.com 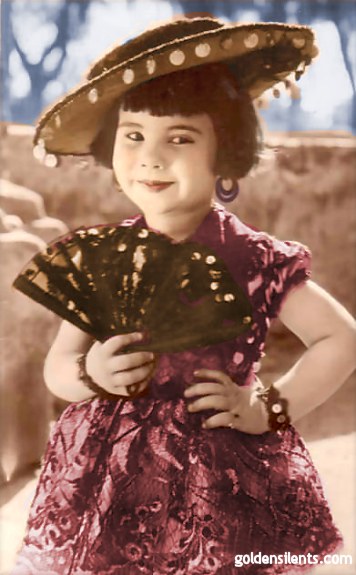 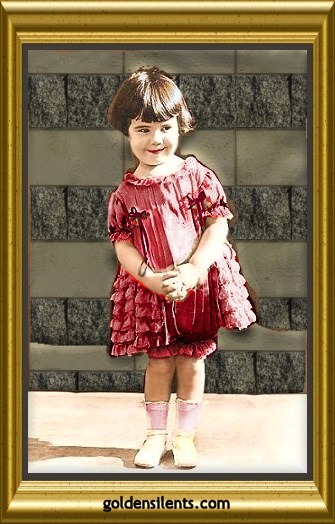