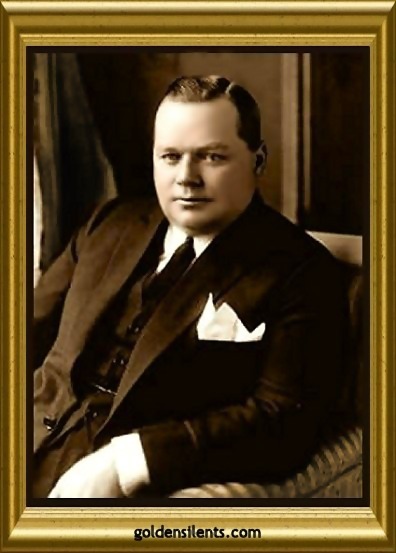 Silent film comedian Roscoe “Fatty Arbuckle” was born Roscoe Conkling Arbuckle in Galveston, Texas on March 24th, 1887 and educated in St. Louis, Missouri. At age eight Roscoe appeared on the stage for the first time. His first roles were with the Webster-Brown Stock Company. He was on the stage performing everything from acrobatic acts to clown acts to a singing act, performing illustrated songs for Sid Grauman at the Unique Theater, San Jose. He also worked for the Morosco Burbank stock company and traveled throughout China and Japan with the Ferris Hartman company. He even managed his own stock company for a time. Roscoe eventually went to work for Mack Sennett’s studio Keystone circa 1909 starting at $40 a week. He appeared in hundreds of one-reel comedies. He played mostly policeman, usually with the Keystone Kops. He learned about the process of making movies from talented director Henry Lehrman, who directed all but two of his films. 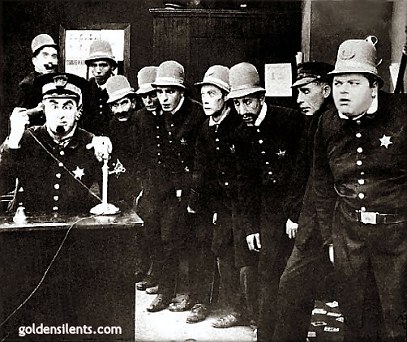 Fatty, far right, in his days as a Keystone Kop

Roscoe was a gentle and sensitive man off-screen and always believed that Sennett did not think he was funny. Roscoe never used his weight to gain a laugh. He was remarkably agile and athletic for his size and used those talents to find humor in situations. By 1914 Roscoe had also directed some of his own one-reelers. By 1915, he would move up to two-reelers. He appeared in many successful comedy films with screen comedienne Mabel Normand as his sidekick, with titles such as “Mabel, Fatty and the Law” (1915), “Mabel and Fatty’s Wash Day” (1915), “Mabel and Fatty Viewing the World’s Fair at San Francisco” (1915), “Fatty’s Reckless Fling” (1915), etc.

Roscoe was married three times, the first time to actress Minta Durfee from 1909-1925, who stood by him during his later legal troubles, and then to actress Doris Deane from 1925 to 1928, then to actress Addie McPhail from 1932 until his death in 1933.

In 1917 Roscoe formed a partnership with producer Joseph M. Schenck, husband of Norma Talmadge. The company was named Comique and the films that Roscoe made were released through Famous Players-Lasky on a percentage basis. His salary during this time averaged an astounding $5,000 to $7,000 a week. At Comique Roscoe had complete creative control over his productions. He hired a young performer whom he had met in New York by the name of Buster Keaton. Buster Keaton’s film career would start with Roscoe in “The Butcher Boy” (1917 – surviving), and Buster remained grateful to Roscoe his entire life. Roscoe wrote his own scenarios and then improvised to generate additional laughs. With such great success it was just a matter of time before Roscoe was hired to do feature length films. It was Paramount who asked Roscoe to move from the two reel films to feature films. In 1920 Roscoe’s first full length feature was the successful “The Roundup”. It would soon be followed by other features such as “Brewster’s Millions” (1920), “Gasoline Gus” (1921), and “Leap Year” (1921). His last silent film appearance was in Buster’s “Go West” (1925) in an uncredited role. By that time Buster was the star and Roscoe had been destroyed.

Tragedy would strike Roscoe on Labor Day, 1921 with his arrest and trial on murder charges. Roscoe had thrown a party which was crashed by a disreputable bit player named Virginia Rappe. The girl fell seriously ill during the festivities and died a few days later. The newspapers, led by the William Randolph Hearst group, would make this incident Hollywood’s first truly major scandal. Hearst later boasted to Buster Keaton that he had sold more papers about the Arbuckle-Rappe tragedy than he had at the sinking of the Lusitania. Although eventually acquitted after a third trial in 1923, Roscoe’s career appeared finished, since the papers had printed unfounded story after story about his supposed guilt for months, which had fueled a public outcry of moral outrage across the nation. His films had been banned and withdrawn. Unable to return to the screen, Roscoe later found work as a comedy director for his nephew Al St. John, Buster Keaton and others, under the pseudonym William Goodrich. He also directed Eddie Cantor’s first films. In 1932, Sam Sax signed Roscoe to appear in comic shorts for Warner Brothers starting with “Hey, Pop” (1932). Roscoe would complete six shorts and once again show the fine comedic timing and youthful spirit that he had a decade before. With the success of the shorts, Warner Brothers signed Roscoe to a feature film contract, but sadly he died in his sleep of heart failure at age 46, the night after he signed the agreement, on June 29th, 1933 in New York City. ~ Copyright © 2004 www.goldensilents.com 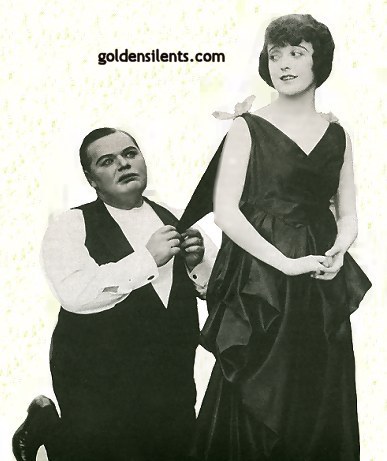 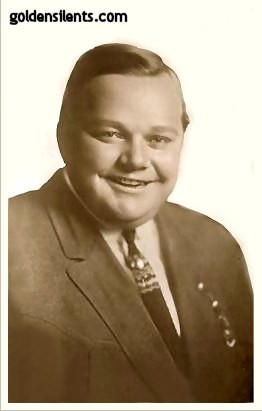