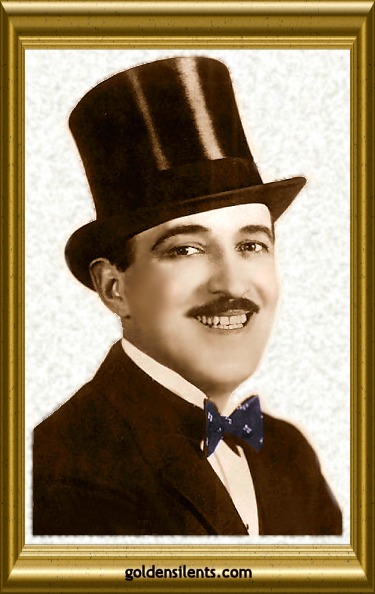 Dapper, delightful silent film comedian and actor Raymond Griffith was born in Boston, Massachusetts on January 23rd, 1895. His parents were show business professionals and he grew up wanting to be the same, making his stage debut at only fifteen months of age. He continued to play roles on the stage as a young boy, including the title role in a production of “Little Lord Fauntleroy”. However during rehearsals for a stage show called “The Witching Hour” Raymond lost his voice. His part had called for him to scream very loudly and repeatedly, and his vocal cords were damaged permanently. Eventually his voice returned slightly, hovering around a whisper, but without vocal projection his stage career as a performer was over. He joined a circus, working as a clown and trapeze artist, and he worked as a dancer, becoming a dance instructor at the Grand Central Palace in New York. He also toured in vaudeville as a pantomimist. He entered the Navy for a time but was rejected for service in World War One due to his voice injury. After leaving the Navy Ray moved to California and decided to try and break into the silent cinema as an actor. His first roles were in minor comedies for the L-KO Kompany and distributed by Universal. After this he worked for Mack Sennett, Fox, Triangle, Marshall Neilan, Goldwyn, and then for Famous Players-Lasky, often as a comic or drama actor, but also as a scenario and script writer. Some of his most successful films as a performer were “Changing Husbands” (1924), “Open All Night” (1924), “Miss Bluebeard” (1925), “The Night Club” (1925), “Paths to Paradise” (1925), “Hands Up!” (1926) and “Wet Paint” (1926).

When sound arrived to the film industry Ray knew that his choice of acting vehicles would be sparse because of his voice, but he did try, which shows strength of character and tenacity. His last film role came in 1931 with the classic anti-war film “All Quiet On The Western Front” in which Ray played an uncredited but memorable role as a French soldier dying in a shell crater while actor Lew Ayres, playing a German soldier, looks on. In later years Griffith continued to work as a screenplay editor for several studios. In 1928 he married actress Bertha Mann, and they had two children, a boy and a girl; their marriage lasted until November 25th, 1957, when Raymond died suddenly at the Masquers Club in Los Angeles after choking and asphyxiating on his food. Griffith’s footprints are on the Hollywood Walk of Fame, testifying to his star status in those silent film days of so long ago. Today only a few of Griffith’s silent films survive, but the films that do show a unique and pleasant talent, a subtle form of humor which is just now being rediscovered and enjoyed by modern audiences. 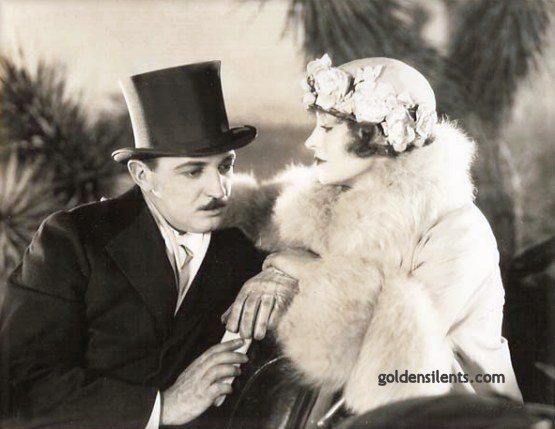 Raymond Griffith and Betty Compson in “Paths to Paradise” (1925)