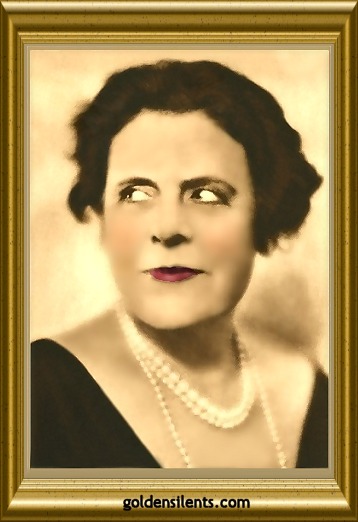 “I’m too homely for a prima donna and too ugly for a soubrette.” – Marie Dressler

Marie Dressler was born Leila Marie Koerber in Ontario, Canada and became interested in singing and acting at a young age. Despite not being a beauty she was determined to succeed at her craft. She loved light opera and starred as Katisha in “The Mikado” and other similar comedic shows, and then tried vaudeville and Broadway beginning in her teen years. By the 1890’s she was established as a stage character actress and comedienne. In 1910, she had a stage hit with the comedy “Tillie’s Nightmare”, and director Mack Sennett adapted the story to film in 1914 as “Tillie’s Punctured Romance”. Marie received top billing in that film over her co-star, a young Charles Chaplin. Her film career was on its way even though she was middle aged by that time. Though Marie made a number of silents she is probably best known today for her early talkie comedies, her Best Actress Academy Award for 1930’s “Min and Bill”, co-starring Wallace Beery, and her memorable role in “Dinner At Eight” (1933), in which she uttered one of the most famous lines in all of movie history, to a gorgeous blonde bombshell named Jean Harlow:

Kitty (Jean):  I was reading a book the other day.
Carlotta (Marie):  Reading a book?
Kitty:  Yes. It’s all about civilization or something. A nutty kind of a book. Do you know that the guy says that machinery is going to take the place of every profession?
Carlotta:  Oh, my dear. That’s something you need never worry about.

Marie was married once and had a daughter who died in infancy. In 1933 she published an autobiography, “My Story.” Marie died of cancer on July 28th, 1934 in Santa Barbara, California. She had been much loved in the film industry and many famous stars, producers and directors attended her funeral. ~ Copyright © 2004 www.goldensilents.com 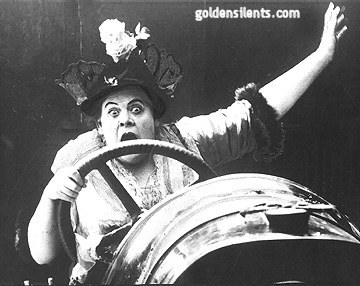 “Watch out! Marie Dressler is coming towards you!” 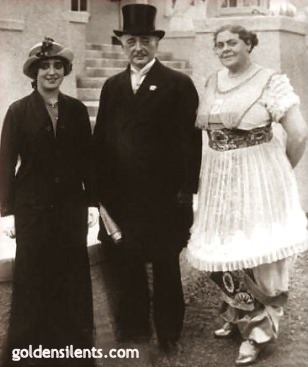