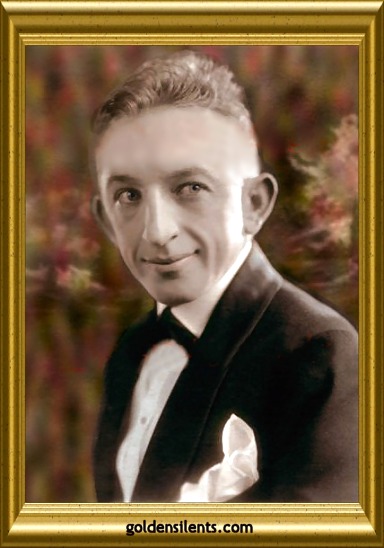 Slapstick silent film comedian Larry Semon was born Lawrence Semon in West Point, Mississippi on July 16th, 1889. His parents were traveling vaudeville performers; his mother a stage comedienne and his father a magician, ventriloquist and artist. Young Larry went on the stage as a youngster with his parents and toured cross country and in Canada with their troupe. He was thoroughly trained in the arts of singing, pantomime, and acting before he reached twelve years of age. His parents did not neglect a traditional education for him, and Larry attended a high school in Savannah, Georgia. Unfortunately Larry went out for the football team and during a scrimmage he was hurt, his neck injured. The injury caused an abnormal development in his neck muscles and his beautiful soprano singing voice never recovered. Young Larry also followed in his father’s footsteps in the field of art. On his deathbed his father requested that Larry give up the acting life and focus on his talents in art instead. Larry fulfilled his father’s dying wish and took art courses in New York City, and upon graduation from school worked for several newspapers as a cartoonist, including The New York Telegram, The Morning Telegraph, The New York Herald, and The New York Evening Sun. While working at the Sun Larry attracted the attention of a Vitagraph official, who, learning of his pantomime work in vaudeville, tutored him in the technique of film pantomime. As a result, Larry joined Vitagraph Studio in July, 1913 and shortly thereafter found success making short films, portraying a comic character with a white painted face and clownish, goofy smile. Larry eventually was given directorial work in pictures as well. He rivaled Charles Chaplin in comic popularity during the early 1920’s. He directed a film version of the “Wizard of Oz” (1925), one of his few feature length films, in which he played the Scarecrow opposite Oliver Hardy as the Tin Man. He married his leading lady, Dorothy Dwan, who played Dorothy, just before the film’s release. They had a daughter named Virginia. Their marriage lasted for three years until Larry’s sudden death on October 8th, 1928 from pneumonia. He was just thirty-nine years old. His last funny film, “A Simple Sap” (1928), was released posthumously. ~ Copyright © 2004 www.goldensilents.com