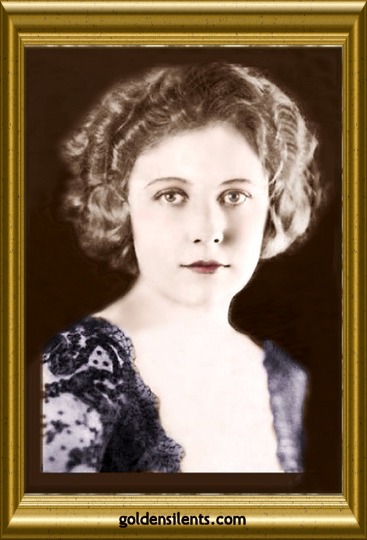 Silent movie actress Edna Purviance was born Olga Edna Purviance in Paradise, Nevada on October 21st, 1895 into a middle class family. Edna, her mother, and two sisters moved to Lovelock, Nevada and ran a boarding house after Edna’s father divorced her mother when she was a child. Edna played the piano professionally, enjoyed art and literature, and after graduating from high school in 1913 prepared to be a stenographer. She moved to San Francisco to live with her married sister while she worked in business. At the same time popular film comedian Charles Chaplin was looking for a new leading lady to star in his two reel comedies for Essanay Studio. He and friend Broncho Billy Anderson interviewed many show girls in San Francisco, but Charlie could not find that special girl with the qualities he was most interested in. An actor they met suggested the beautiful Edna, even though she had no acting experience at all. Charlie recalled the moment of their meeting in his 1964 autobiography:

“She was more than pretty, she was beautiful. At the interview she seemed sad and serious. I learned afterward that she was just getting over a love affair. I doubted whether she could act or had any humor, she looked so serious. Nevertheless, with these reservations we engaged her. She would at least be decorative in my comedies.” 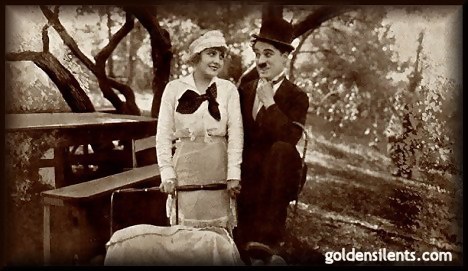 Charlie went on to recall how he discovered Edna had a sense of humor to match her beauty. One night as the cast of their first picture together, “His Night Out” (1915), were socializing at a dinner party, Charlie boasted that he could hypnotize anyone present in a matter of minutes. Edna challenged him on his claim, and she came forward to be “hypnotized”. As Charlie was mumbling his hocus pocus to impress the cast, he moved closer towards Edna’s ear and whispered, “Fake it!” She dutifully did so, even though she could have won a ten dollar bet. This incident convinced Charlie that Edna was indeed very special and had a great sense of humor.

For several years Charlie and Edna had a romantic relationship while they made many memorable comedy shorts and films together, including “The Tramp” (1915), “Easy Street” (1917), “The Immigrant” (1917), “The Adventurer” (1917), and “Shoulder Arms” (1918), all of which solidified Charlie Chaplin’s screen image as “the little fellow” with the public. By the time Charlie had finished his classic film “The Kid” in 1921, Edna’s romance with Charlie off-screen was essentially over; however he remained fond of her for decades, giving her minor roles in some of his later features, and keeping her on the Chaplin payroll until 1952, when he left America to live in Switzerland with his wife Oona. Edna was married once, to John Squires, a Pan Am executive. She had no children. Edna Purviance died from throat cancer on January 11th, 1958 in Hollywood, California. ~ Copyright © 2004 www.goldensilents.com